Delhi: Man Crushes Many People With A Car After a Minor Dispute

A car driver crushed several people with his car over a minor dispute in the Alipore area of ​​Delhi. Many people have been badly injured in this incident. 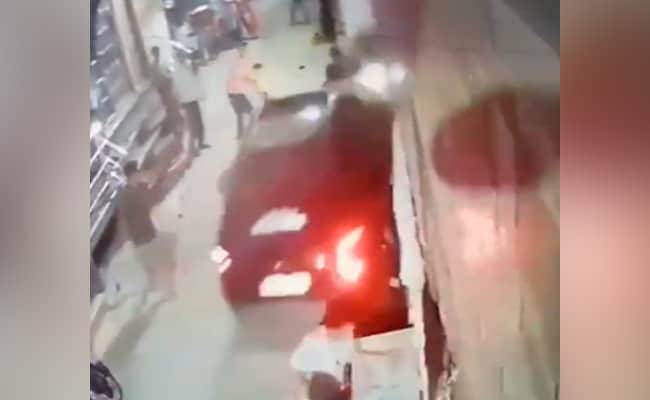 A car driver crushed several people with his car over a minor dispute in the Alipore area of ​​Delhi. Many people have been badly injured in this incident. The accused driver has been arrested. This entire incident has been captured on the CCTV camera. Actually, the street was very small, so the car was not getting a place to exit. On this, the car driver Nitin Mann started fighting with the biker. When the people of the locality came to help the bike driver, the car driver started fighting with them too. For some time there was an argument between them. Later, in anger, the car driver crushed the people standing in the street.

An attempt was also made to nab the car driver but he fled with the car from the spot. The incident is on 26 October. The accused driver Nitin Mann has been arrested, a case has been registered under IPC section 307 (attempt to murder). The police are investigating the matter.

Similarly, a dispute over the parking of a Dhaba in Ghaziabad, adjacent to Delhi, killed a young man. The car of the deceased Varun has parked in such a way that the door of the other car was not able to open, due to which there was a dispute and Varun was beaten so much that he died before reaching the hospital. The accused had fled from the incident. The deceased was the son of a retired police officer from Delhi Police.