The CBI team raided the branch of PNB Bank located in Vasundhara Sector-4, Ghaziabad. There was a gathering of media outside the bank since morning. Around 11 o'clock, Manish Sisodia reached the bank with his wife. 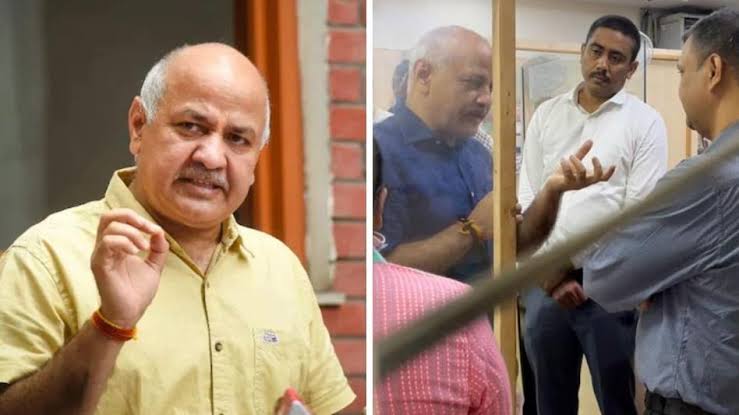 The CBI team raided the branch of PNB Bank located in Vasundhara Sector-4, Ghaziabad. There was a gathering of media outside the bank since morning. Around 11 o'clock, Manish Sisodia reached the bank with his wife.

Shortly after Manish Sisodia's arrival, CBI officials also reached the bank. The CBI team investigated the locker for more than one and a half hours. Also questioned Manish Sisodia about the files.

It may be mentioned that Manish Sisodia and his wife have a locker in Punjab National Bank in Vasundhara Sector-4, Ghaziabad. It is being told that here the CBI will investigate the information of the bank locker. Even before the arrival of the CBI, there was a gathering of media outside the bank.

Responding to questions from the press after the CBI raid, Sisodia said, "Nothing was taken out in my bank's locker. Me and my family are clean. He said that the CBI wants to send me to jail for 2-3 months. Manish Sisodia has tweeted, 'CBI is coming to see our bank locker. Nothing was found in the 14-hour raid on my house on 19th August. Nothing will be found in the locker either. We will welcome the CBI. I and my family will have full cooperation in the investigation.

Education Minister Manish Sisodia said that he has been made an accused in a false case so that Chief Minister Arvind Kejriwal can be stopped from moving forward. He said that before the 2024 Lok Sabha elections, people are looking at Arvind Kejriwal as an alternative to Prime Minister Narendra Modi.

Lieutenant Governor Vinay Saxena had recommended a CBI inquiry into the alleged corruption in the implementation of the Delhi Excise Policy 2021-22. The Kejriwal government withdrew the policy in July after heavy protests. The Enforcement Directorate (ED) has registered a money laundering case to probe alleged irregularities in the Excise Policy of Delhi.