Delhi High Court: Violation of COVID-19 protocols in marketplaces will speed up the third wave of the outbreak

According to a bench of justices Navin Chawla and Asha Menon, if the norm-breaking continues, the predicted third wave may “hasten” its pace, and “God help us if all that happens!” 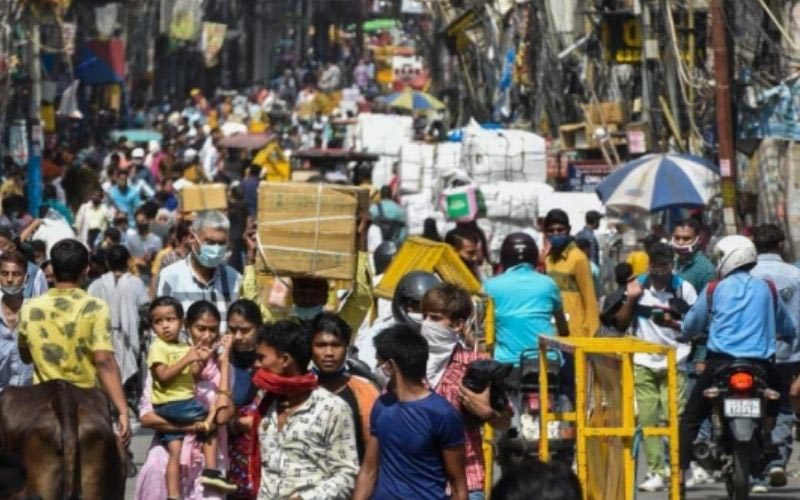 The Delhi High Court took note of crowding and breaches of Covid-19 procedures in marketplaces and public areas around the national capital on Friday, and issued a stern warning: the city will be in "serious danger" in the aftermath of the pandemic's predicted third wave.

According to a bench of justices Navin Chawla and Asha Menon, if the norm-breaking continues, the predicted third wave may “hasten” its pace, and “God help us if all that happens!”

They were referring to a disastrous second wave, in which daily infections peaked at 28,395 on April 20 and 448 people died on May 3. “In the second wave, we paid a high price. “We don't know whether there is a single home that hasn't been affected by the second wave, either directly or indirectly,” the bench added. “When we see these photos, we as citizens of this city are concerned... Such a rupture will only expedite the arrival of the third wave, which is unavoidable.”

The city's biggest outbreak in almost a year of the epidemic, in April, prompted patients to race from hospital to hospital for beds, necessities, and life-saving medications, while remains piled up in crematoriums that were running out of room. The situation improved in early May when the Delhi administration enforced a lockdown on April 19 and state and federal agencies increased healthcare capacity.

The court started a suo moto Public Interest Litigation (PIL) after taking note of pictures given to one of the high court justices on WhatsApp by an AIIMS doctor demonstrating a blatant disrespect for the Covid-19 procedures by street vendors in marketplaces.

Markets and businesses have been permitted to operate for two weeks now, initially on a 50/50 basis until the limits were lifted further on June 14. Since then, pictures from numerous normally busy markets have revealed an increase in foot traffic.

Standing counsel Anil Soni and the Delhi government's assistant standing counsel Gautam Narayan appeared for the Centre and informed the court that all attempts will be taken to address the issue. The high court stated that government officials and bureaucrats must apply their brains to normalise the lives of Delhi people while adhering to all rules since "we cannot constantly be on lockdown."

“People can't be prohibited from doing their work since it is about their livelihoods,” the court stated, “but they must carefully follow the regulations because if they get the illness, they will bring it home and transmit it further.” “Even otherwise, people cover their faces in the summer to shield themselves from the heat, and wearing a mask is not unusually uncomfortable,” it said.

The bench further stated that the pictures obtained from an AIIMS doctor (who they did not identify) were mostly of the street vendor, and that the market system should guarantee that people standing around wear masks.

“It might take the shape of increased interactions with market and vendor groups, as well as additional civil defence and police officers posted at markets and hawking places,” the court stated.

According to the Delhi government counsel, there have been more disturbing pictures of individuals breaching coronavirus standards in malls, and it is not just tiny sellers who do not follow the routine.

As cases dropped during winter lockdowns that blanketed much of the West, some European nations began a third wave of the pandemic in the spring. These countries were compelled to reintroduce tariffs.

A third wave is also emerging in the UK as a result of an epidemic of the Delta variant of the coronavirus, which transmits quicker than the Alpha type that was previously prevalent in the nation.