In an observation Delhi High Court noted, “This is a George Floyd moment for the citizens of this country. The refrain is — ’I can’t breathe’" 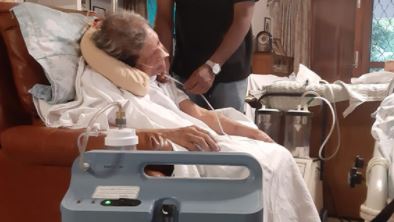 The Delhi High Court is of the view that, since oxygen concentrators constitute a life-saving device during the COVID-19 pandemic, the imposition of Goods and Services Tax (GST) on those imported for personal use is ‘unconstitutional’.

In an observation the Division Bench of Justices Rajiv Shakdher and Talwant Singh of Delhi High Court noted, “This is a George Floyd moment for the citizens of this country. The refrain is — ’I can’t breathe’ — albeit, in a somewhat different context and setting; although in circumstances, some would say, vastly more horrifying and ghastlier. Chased and riven by the merciless novel coronavirus, the citizenry has been driven to desperation and despair.”

“In times of war, famine, floods, pandemic, a different approach needs to be adopted,” the Delhi High Court said.

The petitioner, a senior citizen whose nephew had gifted him a concentrator, challenged a 1st May notification which required a payment of 12% GST on such imports from the earlier 28%. He cited Article 21 which enshrines the fundamental right to life.

Earlier the bench ‘carried the impression that because of the prevailing chaos and confusion caused by the raging pandemic’, the Central Government had not granted the GST exemption ‘due to an oversight.’ Thereby asking the Modi led government to consider temporarily dropping the 12% GST levied on such imports altogether, citing the shortage of oxygen in the second wave of pandemic.

In its response the Finance Ministry refused to comply, stating that if the petitioner’s argument is accepted, ‘it will lead to absurd consequences and interpretations, where in citizens will be seeking exemption from Property tax, since housing is an essential facet of Right of Life… or exemption from taxes imposed on several food items since Right to Food has been held by the Supreme Court to be a part of Right of Life under Article 21’.

But when the Delhi High Court saw the reply from the BJP-majority government it had to issue a judgement and noted: “Our attempt at nudging the State to take, what we thought was a reasonable stand, [and we dare say, a morally right position] has come a cropper,” and went on to declare the GST levy unconstitutional in this case.

The court but has asked all persons who will avail of this facility should furnish an undertaking that all such devices will not be used for commercial purposes.

Referring to the impact of the GST levy on such imports the court said : “…Without giving us details as to why this will debilitate the State if tax on such transactions was not collected where individuals import oxygen concentrators for personal use, we have said you have not really discharged the burden. You have to justify it in these situations.”

“It is felt that any person importing concentrator for personal use or has sources for receiving such supplies in gifts would be in better position to afford the nominal 12% GST as compared to others who source it through commercial channels,” the ministry said in its plea, urging the Court to dismiss the petition.

Earlier, Union Finance Minister Nirmala Sitharaman had shot down a request made by the ever astute West Bengal Chief Minister Mamata Banerjee, when she had requested Narendra Modi for GST waivers on all COVID-19 related supplies.