The court stated that a mask is a ‘suraksha kavach’ which helps curb the spread of Covid-19. 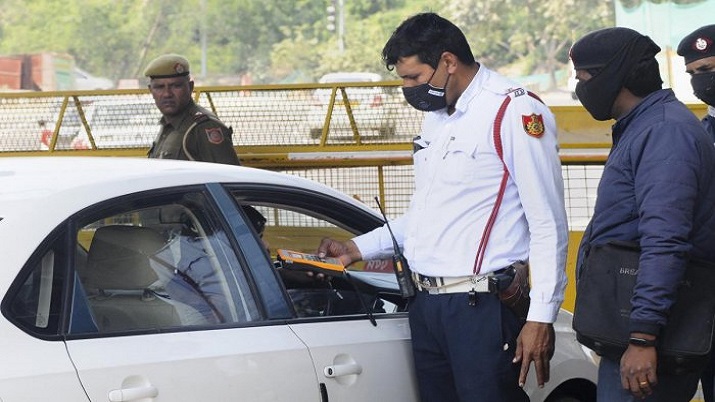 According to a Delhi High Court ruling, wearing of mask by a person is compulsory even if they are driving alone in a personal vehicle. The court said on Wednesday that any vehicle will be treated as a ‘public place’.

The directive came when the High Court received several petitions which involved getting fined for not wearing a protective mask while driving alone. The court stated that a mask is a ‘suraksha kavach’ which helps curb the spread of Covid-19.

Justice Pratibha M Singh, who formed the single-judge bench said, "Even if you are alone in the car, why object to wearing a mask? It is for your own safety," she further added, "The challenge of the pandemic was enormous and the wearing of face masks is necessary whether a person is vaccinated or not."

The court rejected to challenge the decision of the government of Delhi to charge fines for not wearing a mask while in a private vehicle alone. The court said there were so many instances when the windows of the vehicles need to be rolled down and “The coronavirus is so contagious that even in that time, anyone can be infected.”

The petitioners had argued that in an earlier Union Health Ministry notification there was no requirement that a single driver commuting alone had to wear a mask.

The ministry had noted, however, that each state had the right to make and implement its own laws. Which was why in April 2020, the Aam Aadmi Party had passed an order for people to don their masks when commuting through private or public transportation.

The capital city of Delhi is under night curfew due to the massive surge in positive Covid-19 cases with 4.93 % being the positivity rate.