Delhi Girl Hit and Run Case Update: Court Sent All the Accused on Remand for 3 Days

Delhi Police has issued its statement regarding the Kanjhawala case. Delhi's Special CP Sagar Preet Hooda told a press conference on Monday that a medical board is being constituted to investigate the matter 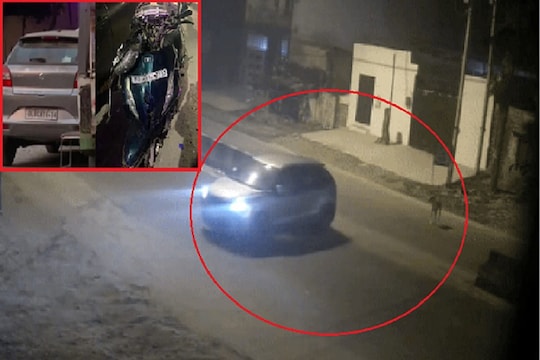 Everyone is in panic due to the horrifying death of a girl in Delhi's Sultanpuri. On Sunday, five youths were arrested by the police in connection with the murder of the girl by dragging her from the car. The court on Monday sent all the accused to police remand for three days. At the same time, Lieutenant Governor, Chief Minister of Delhi Arvind Kejriwal has also reacted in this matter. CM Kejriwal has demanded capital punishment for the accused.

Delhi Police has issued its statement regarding the Kanjhawala case. Delhi's Special CP Sagar Preet Hooda told a press conference on Monday that a medical board is being constituted to investigate the matter. Further action will be taken against the accused on the basis of the report of the medical board. Along with this, forensic examination of the vehicle is being done.

Delhi Police said that the culprits will be given the harshest punishment. The investigation in the matter will be completed soon. All the evidence of the case is being collected. Also will interrogate the accused. On Monday, Arvind Kejriwal described the Sultanpuri incident as the rarest of the rare. He said that I do not know where the society is going. I have come to know that postmortem is going on. Describing it as a 'very shameful' incident, he has demanded strict punishment or hanging of the accused.

Delhi Police said that some channels are falsely running that section 302/376 of IPC has been imposed in Sultanpuri case. The autopsy is yet to be done by the Medical Board. Further action will be taken only after the post mortem report comes.