Delhi’s Chief Minister Arvind Kejriwal has torn up the three copies of farm laws in the special state assembly session in support of the farmers’ demand. 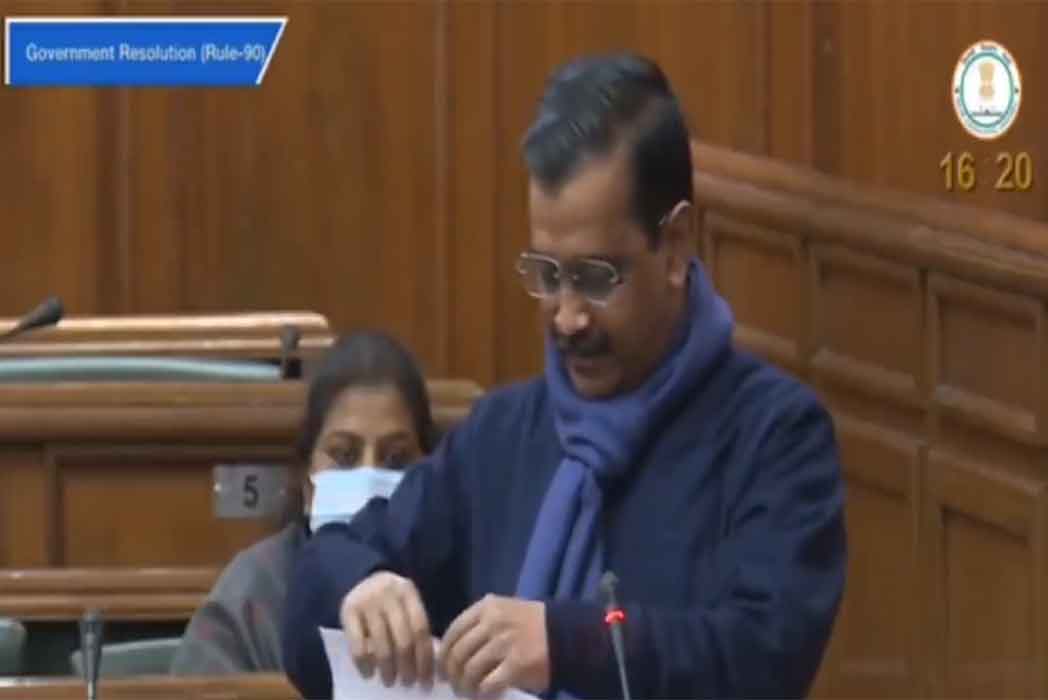 Delhi’s Chief Minister Arvind Kejriwal has torn up the three copies of farm laws in the special state assembly session in support of the farmers’ demand.

CM Kejriwal has been supporting the farmers and providing all facilities to them such as water and medical care at the Singhu border where they have been protesting for more than 20 days.

He took the three copies of the act and tore them up one by one in the assembly.

While addressing the legislators and the speaker in the assembly Kejriwal said that the protest has been going on for twenty days and to date 20 farmers have already lost their lives.

“How many farmers will have to sacrifice their lives before you listen to them,” Kejriwal asked the Centre.

CM Kejriwal drew a parallel with the three laws passed by Britishers in 1907 and said that farmers had opposed those laws then also and the movement went on for nine months.

He said that like the present government is telling farmers to make amendment in the laws, Britishers had also made a similar proposal and the farmers had rejected.

“Finally, Britishers have to withdraw the three laws,” Kejriwal said.

He warned the Centre and said that it should not think that farmers will leave the protest.

He said that it is unfortunate that farmers have to protest for their rights in an independent India.