Arvind Kejriwal, the Delhi chief minister, made comments about a new type of COVID-19 in Singapore, which sparked a diplomatic spat on Wednesday, with the Southeast Asian city-state calling the Indian envoy and expressing its strong opposition to the "unfounded assertions." 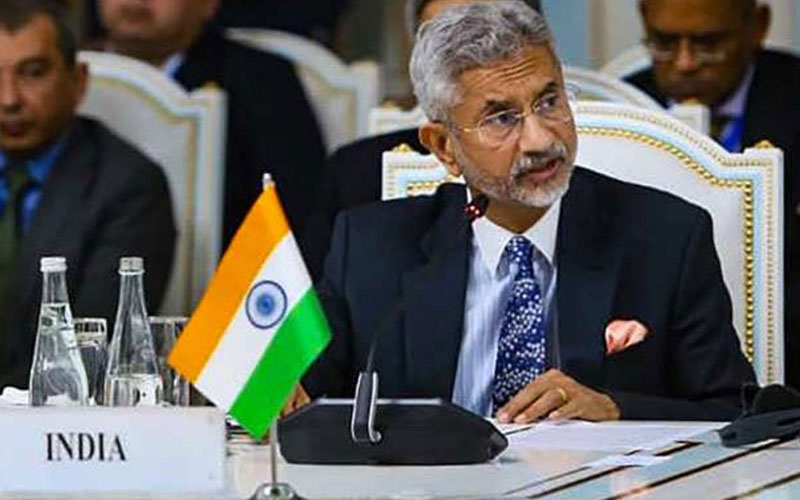 Arvind Kejriwal, the Delhi chief minister, made comments about a new type of COVID-19 in Singapore, which sparked a diplomatic spat on Wednesday, with the Southeast Asian city-state calling the Indian envoy and expressing its strong opposition to the "unfounded assertions."

Following Singapore's response, External Affairs Minister S Jaishankar stated that the Delhi CM does not speak for India and that the two countries have been strong allies in the fight against the pandemic. According to Arindam Bagchi, a spokesperson for the Ministry of External Affairs, Indian High Commissioner P Kumaran told the Singapore government that the Delhi chief minister lacked the authority to comment on COVID-19 variants.

The Singapore foreign ministry claimed in a statement that there is no "Singapore variant" and that the B.1.617.2 variant, which was first identified in India, is the strain that has been found in many COVID-19 cases in recent weeks.

On Tuesday, Kejriwal proposed that the central government immediately suspend air services to Singapore, claiming that a new coronavirus strain discovered there is especially harmful to children and could cause a third wave of the pandemic in India. On Tuesday night, Singapore's health ministry slammed the claim.

"Today, the Singapore government summoned our High Commissioner to express strong opposition to the Delhi Chief Minister's tweet on the 'Singapore version.'The Singapore foreign ministry expressed disappointment that a prominent political figure had made such statements without first verifying the truth.”

In a series of tweets on Wednesday, Jaishankar praised Singapore's position as a logistics centre and oxygen supplier, saying the two countries have been strong allies in the fight against the pandemic. "Their gesture of sending military planes to assist us speaks volumes about our special relationship," Jaishankar said.

"However, irresponsible remarks by those who should know better can jeopardise long-term relationships. So, to be clear, the Delhi Chief Minister does not speak for India" he stated.

Balakrishnan thanked his Indian counterpart and urged them to concentrate on resolving the situation in their respective countries and assisting one another, saying, "Nobody is safe until everyone is safe."

The claims made by Kejriwal, according to Singapore's Ministry of Foreign Affairs (MFA), are baseless. "MFA regrets Chief Minister of Delhi Arvind Kejriwal's baseless claims on Facebook and Twitter that a form of COVID-19 discovered in Singapore was especially harmful to children and could trigger a third wave of infections in India," it said.

"MFA is disappointed that a prominent political figure neglected to check the evidence before making such statements," the organisation said. The MFA met with High Commissioner Kumaran this morning to express its concerns, according to the MFA. "There is no 'Singapore version,' as MOH (Ministry of Health) said in a press release dated May 18. The B.1.617.2 version, which was first discovered in India, has been found in several COVID-19 cases in recent weeks" as per the MFA.