The Capital city still experienced a rape every five hours, 10 minutes, a murder every 19 hours, and a car theft every 15 minutes. 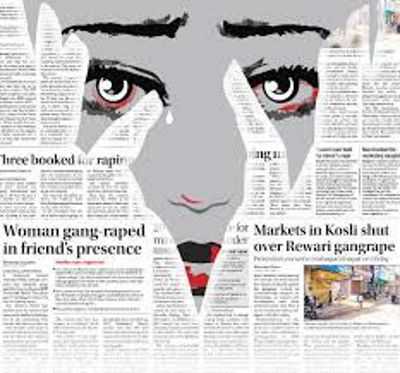 These areas were identified with maximum number of crime against women. This data was made public by the Commissioner of Police Mr. S N Shrivastav in his annual press conference later this week.

In another shocking statement Shrivastava revealed that the Capital city still experienced a rape every five hours, 10 minutes. He said that in most cases, the rapist was a known person --- either a relative or someone involved in a family feud with them. In the data revealed for the year 2019 and 2020, it came to the light that in 2019, in 44 per cent of rape cases, the culprit was known to the family, 26 per cent were known to the victim, and relatives included 14 per cent, while 12 percent came out to be neighbours. Notably, the analysis of rape cases also showed that in 318 of the 1,699 rape cases, the accused was “in a live-in relationship” with the victim or “had refused to marry” the victim. Only in two per cent cases, the Commissioner said, the culprits did not know the victims.

However, the cases were fewer when compared to 2019, when 2,168 rapes, 2,921 instances of molestation and 109 cases under the POCSO Act (The Protection of Children from Sexual Offences Act, 2012) were registered, he added. Furthermore, the data reveals, Delhi underwent a murder every 19 hours, and a car theft every 15 minutes, despite these “averages were better than in 2019, when the corresponding figures for rape, murder and auto theft were 4 hours, 17 hours, and 12 minutes. A snatching took place almost every hour in 2020, as compared to 17 in a day in 2019.

While the overall number of crimes against women decreased in 2020 when compared to the previous year, the national capital still reported 1,699 rapes, 2,186 instances of molestation and 65 cases of sexual assault against children.

However, the Delhi Police also recorded that this was the first time in several years that all types of crimes against women had reduced in 2020. They attributed it to Covid-19 lockdown from March onwards which resulted in restricted movements for nearly four months.

The Delhi police also attributed the lesser crimes against women as compared to earlier years, to “better policing and strategies such as deploying women personnel as beat constables and getting police vans to patrol vulnerable stretches”.

Despite all that, however, the 2020 data show that women continue to be under threat in Delhi.

No Lockdown In 5 UP Cities by Supreme Court...