Cabinet approves the Tour of Duty /Agneepath Recruitment Scheme', Youth to get a chance to join the army for short term

The soldiers recruited under the Tour of Duty scheme will serve for a period of four years, including a training period of six months. 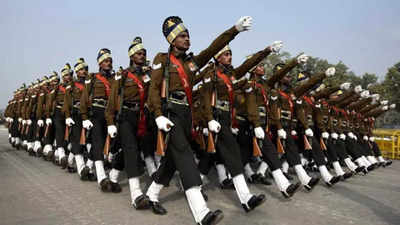 Defense Minister Rajnath Singh has announced the 'Agneepath Recruitment Scheme' today and during this time said that youth have a chance to join the army for the short term. Rajnath Singh said that in the last several years, many steps have been taken to strengthen the defense system. Agneepath's plan is being brought to make the army the best army in the world. Agniveer will come to strengthen the security of the country. Job opportunities will increase. A good pay package has been arranged for Agniveer. Will also contribute to GDP. The country will also get people with skills.

With this scheme, the youth of the country will get an opportunity to serve the nation. Age profile has been kept for 32 years now, it will be 26 in the future. The youth who want to be admitted under this scheme must be mentally and physically fit. This scheme is being brought after study in many countries. Through this youth will get employment and a good salary will be given.

Under the scheme, Indian youth will be provided an opportunity to serve in the armed forces as 'Agniveer'. This scheme has been brought to strengthen the security of the country and to give military service opportunities to the youth.

Earlier, Defense Minister Rajnath Singh said on Monday that India needs to be fully prepared for future war, and this called for better coordination between the armed forces and the civil administration. During his address at the Lal Bahadur Shastri National Academy of Administration in Mussoorie, Singh also referred to the ongoing war in Ukraine and emphasized that security challenges have become more complex in the wake of cyber and proxy wars. He said India believes in peace and "waging war is not part of our nature".