Declaration of spiritual master in presidential election will definitely be our victory: Swami Jasmerji Maharaj

Swami Jasmer Singh Ji Maharaj said that he belonged to Kabir Panth who had a visionary vision, so if the protector of the nation also has the vision of Kabir, then the progress and progress of the nation will be better. 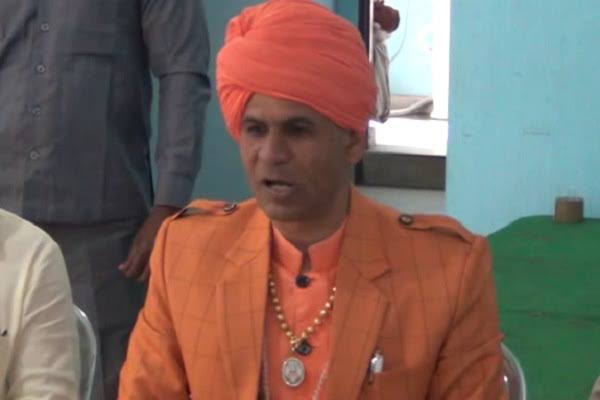 The president of Janata Kalyan Morcha and Kabirpanthi Swami Jasmer Singh Ji Maharaj has decided to contest the presidential election as an independent candidate. He is also the mahant of Kabir Chaura Kashi Mool Gaddi of Varanasi and the director of Kabir Satsang Ashram at Khedi Damkan, Sonepat. He said in the press conference that for the election of the President's post, big politicians have always been given space, but if people related to spirituality and culture play their part in this election, then our nation will be stronger.

He said that he wants to field as a deserving candidate for the presidential election. But for that at least they will need 50 votes. For this, he has done the country's Prime Minister Narendra Modi, Home Minister Amit Shah, Uttar Pradesh Chief Minister Yogi Adityanath, Leader of the Opposition Rahul Gandhi, Sonia Gandhi, Akhilesh Yadav, Mamta Banerjee, Arvind Kejriwal, Bhagwant Mann, Tejashwi Yadav and many South Indian Chief Ministers.

He has appealed to the people and the leaders of the country that this time the spiritual guru should be given a chance in the presidential election. He said that once he gets the support of 50 voters for this election and gets his nomination, he will gather the rest of the support. He said that he would definitely win.

It was established on 22 May 2022 by Mahamandaleshwar Swami Jasmer Singh Ji Maharaj of Janata Kalyan Morcha at Khedi Damkan, Sonepat. The rally of about 10 thousand people got huge support from the state of Haryana. This support, the worshipers of Kabir are engaged with their whole heart and wealth in preparing to send Shri Jasveer ji to the Vidhan Sabha in 2024. He said that even for the election of the President's post, enlightened spiritual masters and dignitaries of the common people society should try their luck.