Hooch tragedies with large scale fatalities in Amritsar, Gurdaspur and Tarn Taran seemed to weigh heavily on the lawmakers 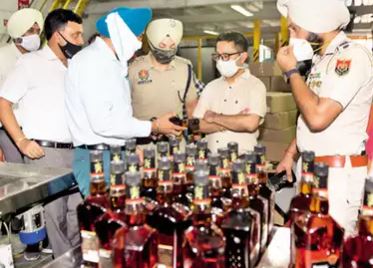 Strong Law being introduced as a deterrent, after a Cabinet meeting of Punjab Government

Hooch tragedies resulting in large scale fatalities especially in Amritsar, Gurdaspur and Tarn Taran seems to have weighed heavy on the mind of those in the Punjab government on Monday when they decided to amend its excise act, introducing the death penalty in such cases.

On Monday, according to a government communique, the Punjab Cabinet took a decision to introduce a bill in the ongoing Budget session of the Vidhan Sabha which will work as a strong deterrent using provisions for stiff punishment.

The new proposed section 61-A, will be inserted in the existing Punjab Excise Act, 1914, according to which in case of death, the guilty shall be punished with death or imprisonment for life and shall also be liable to fine which may extend up to ₹ 20 lakh.

It also envisages that in case of disability or grievous hurt, the punishment will be imprisonment for at least six years extendable up to life imprisonment and with fine, which may extend to ₹ 10 lakh.

Similarly, in case any other consequential injury caused to a person, the guilty may be punished with imprisonment up to one year and a fine up to ₹ 5 lakh.

Punjab Cabinet with the new bill, also made a provision to provide compensation to the family members of the victim by the manufacturer and seller of illicit liquor. The court can order a compensation of not less than ₹ 5 lakh in case of death and ₹ 3 lakh in case of grievous hurt.

Apart from the new introduction, the existing Section 63 has also been amended to enhance the term of imprisonment from one year to three years and fine up to ₹ 10,000 for the offence of alteration or attempt to alteration of denatured spirit.

The term of imprisonment has also been increased from three years to five years for unlawful import, export, transport, manufacture and possession of any intoxicant.