The commando had gone missing after the Naxals ambushed a contingent during an encounter on Saturday. 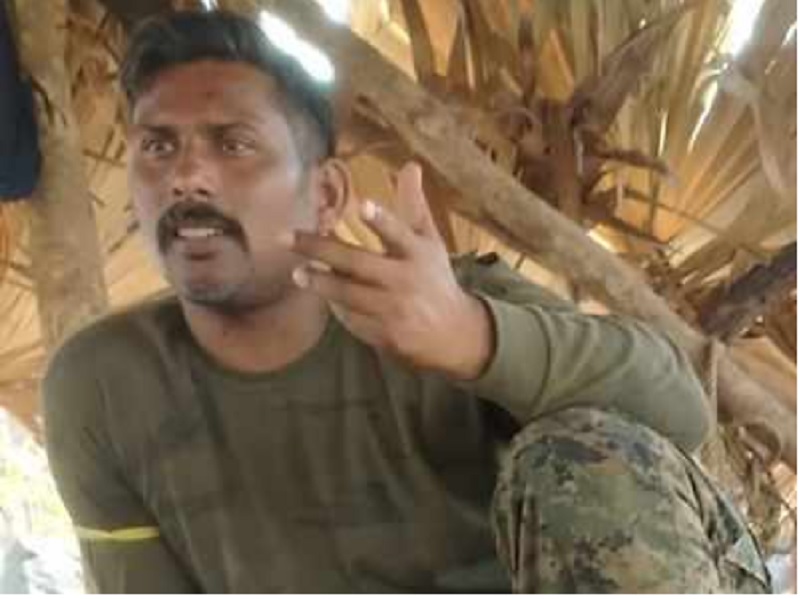 Today, the Communist Party of India (Maoist) revealed a photograph of the CoBRA (Commando Battalion for Resolute Action) commando, proving that he is in their custody.

Rakeshwar Singh Manhas disappeared after the Naxals ambushed a contingent of security forces during an encounter in Chhattisgarh losing several lives, on Saturday.

Manhas can be seen sitting on a mat underneath a temporary shelter, presumably constructed at a Maoist camp, in the photograph released by the Maoists. The photo was published a day after the banned outfit's Dandakaranya Special Zonal Committee (DSZC) issued a press release requesting that the government appoint mediators to whom Manhas could be handed over.

On Monday, local reporters received phone calls saying that Manhas was in the Maoists' custody. This was confirmed yesterday by the Maoists.

"The names of interlocutors must be made public by the government. Following that, we will release the police officer who is currently in our custody. Until then, he will be protected under our protection (sic) "Vikalp, a spokesperson of the Maoists, reportedly said.

However, the Bastar Inspector General (IG) of Police issued a statement on Tuesday stating that Manhas was still missing and that the validity of the press note was being investigated.

"We learned about a jawan in Maoist custody from a Maoist press release. We are still checking the press release and will make appropriate decisions (sic)," P Sundarraj quoted saying that.

Manhas' family had previously petitioned the government to ensure the commando's safe return. "My husband has served the country for the last ten years, and now it is the government's turn to ensure that he returns to us hale and hearty," his wife is said to have said.

At around 11:10 a.m. on Saturday, a firefight erupted between the armed forces and the Maoists on the Sukma-Bijapur border. The Naxal attack, one of the worst in recent years, killed 22 security personnel and injured 31 others. According to reports, about 20 Maoists were also killed. The Maoists, on the other hand, say in their declaration that only four of their members were killed.