David Miller's daughter passed away, he informed about it by sharing a video on social media. Sharing the video with his daughter on his official Insta account, he wrote, "RIP my lovely rockstar, love you always." 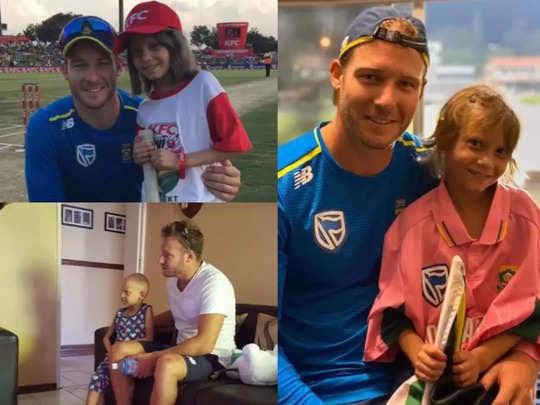 South Africa cricket team's star batsman David Miller is on Indian tour these days and he is playing ODI series after T20 series, but in the midst of this series, a news came out which is very sad. Actually David Miller's daughter passed away, he informed about it by sharing a video on social media. Sharing the video with his daughter on his official Insta account, he wrote, "RIP my lovely rockstar, love you always."

In this video, it is seen how David Miller is spending time with his daughter in a fun-filled manner. Many pictures are seen in this video which clearly shows the tremendous bond between the two. It is being told that his daughter had cancer, although Miller has not shared any other information other than this. David Miller, who came to India tour, is in excellent form and after the T20 series, his impressive performance continues in the ODI series as well.

In the second match of the three-match T20 series against India, Miller scored an unbeaten 106 against India, while in the first match of the three-match ODI series against India, he scored an unbeaten 75 and his team's innings. Played a big role in the victory. Talking about David Miller's cricket career, he played 147 ODIs and 107 T20 matches for South Africa. In ODI cricket, he has scored 3614 runs at an average of 41.54, which includes 5 centuries and 18 fifties, while he has scored 2069 runs in T20 as well as 2 centuries and 5 half-centuries to his name in this format.