“Saraswati confessed that he uttered the words, but claimed that others misunderstood him and misread his intent,” added the officer. 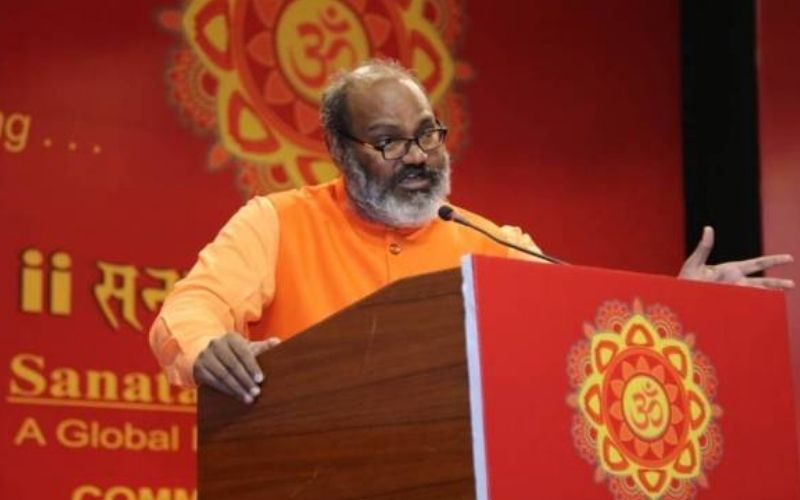 With the possibility of a security threat to Dasna Devi temple's head priest Yati Narsinghanand Saraswati in mind, the Delhi Police questioned him via video-conferencing in connection with an FIR filed against him for allegedly hurting religious sentiments with remarks on the Prophet during a press conference in Delhi.

During the two-and-a-half-hour interrogation, Saraswati confessed to making the remarks about the Prophet but claimed his meaning was misunderstood.

Saraswati can be heard denigrating Islam and the Prophet in a video of the event, which took place on April 1 at the Press Club of India.

“Taking suo-motu discernment, we registered an FIR under IPC sections 153A (promoting enmity) and 295A (acts intended to outrage religious feelings) in connection with a video circulating on social media in the matter of a conference that took place in Press Club; investigation has been launched,” said Delhi Police spokesperson Chinmoy Biswal in April.

Although Saraswati had been summoned by police, he did not attend.

Later on, the investigation officer (IO) was sent to summon him from his house, accompanied by his subordinate in civil clothes.

However, they were apprehended by Ghaziabad Police, who checked their credentials with their superiors in the New Delhi district. The IO then interrogated Saraswati,” a top police officer stated. Senior officers at the Delhi Police Headquarters were alerted of this discovery, and a senior ACP-rank officer was assigned to re-interrogate Saraswati.

“Three members of a three-person squad — ACP (Parliament Street Subdivision), SHO, and the IO — questioned Saraswati via video-conferencing. “When they asked him how he booked the Press Club of India venue, he informed them that a cousin of one of his followers is a journalist, and he booked PCI for him,” an officer added.

Saraswati was also questioned by police regarding statements she made during the event.

“Saraswati confessed that he made the statements, however claimed that others misunderstood him and misread his intent,” added the officer.

Police had planned to share the recorded video of the event to FSL at first, but changed their minds once Saraswati admitted it was authentic.

Reportedly, in March, a 14-year-old boy who walked into Saraswati's temple in Ghaziabad to get water was viciously assaulted by a man who practised "sewa" there. While the man was being detained, Saraswati stated that he supported his conduct.