A low-pressure area is expected to develop over the north Andaman Sea and the adjacent east-central Bay of Bengal, around 22nd May. By 24th May, it is expected to become a cyclonic storm. 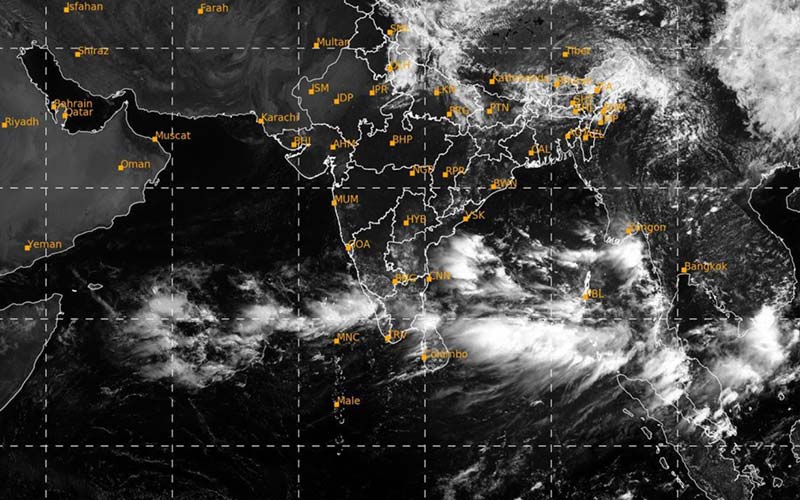 Another cyclone is set to reach the eastern coast of India by 26th May. A low-pressure area is expected to develop over the north Andaman Sea and the adjacent east-central Bay of Bengal about 22nd May, according to the India Meteorological Department (IMD). By 24th May, it is expected to become a cyclonic storm. The storm is expected to pass northwestward and enter the north Bay of Bengal near the Odisha-West Bengal coast about May 26, according to the weather service. Cyclone Yaas is the name provided by the department.

This will be India's second cyclone in less than two weeks. Cyclone Tauktae, which originated in the Arabian Sea, made landfall in Gujarat just last week.

How did these cyclones form?

In the tropical zone, cyclones emerge over the oceanic water. The sun shines brightest in this region, causing the land and water surface to warm. Cold moist air over the ocean rises as the surface warms, and cool air floods in to fill the vacuum, becoming warm and rising as well — the cycle continues.

As a result, the wind is already flowing in a particular direction. When it enters a warmer place, however, cold air is drawn to the centre to fill the void. As the cyclone moves closer to the centre, cold air is deflected, causing wind movement to circulate — this process continues until the cyclone reaches land.

When a cyclone enters the land, it dissolves because the warm water that arises to make room for cool water is no longer safe. In addition to this, as moist air rises, clouds form, resulting in rains that accompany strong winds during cyclones.