The curfew imposed in Patiala district was lifted on Saturday morning following a clash between pro-Khalistan organizations and members of Hindu organizations on Friday. 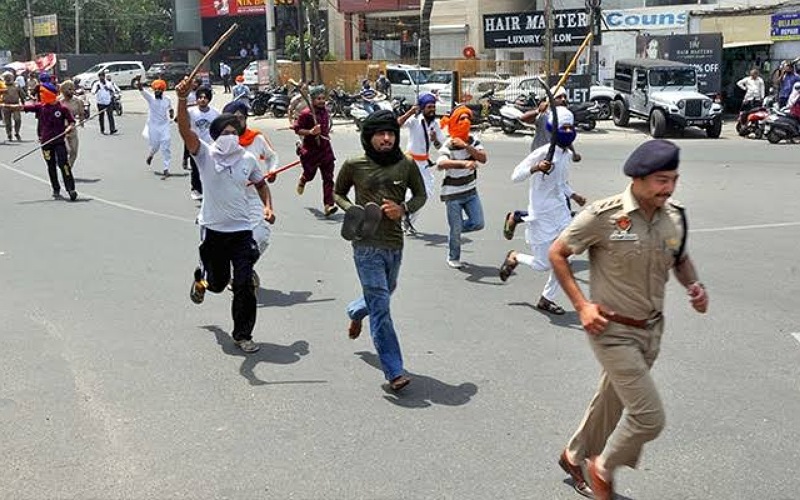 The curfew imposed in Patiala district was lifted on Saturday morning following a clash between pro-Khalistan organizations and members of Hindu organizations on Friday. Today the situation is normal in the city and schools and various establishments are also open. Despite this, the administration is taking full vigilance. On the other hand, the Punjab government has transferred many officials of Patiala including IG.

The Bhagwant Mann government of Punjab has transferred IG, Senior Superintendent of Police (Senior SP) and SP of Patiala Range. In his place, Mukhwinder Singh Chhina has been made the new IG, Deepak Pareek as the new SSP and Wazir Singh as the new SP of Patiala.

Curfew was imposed in Patiala from 7 pm on Friday to 6 am on Saturday. Curfew time has not been extended in the city and district, but full vigilance is being taken by the administration.

DC Sakshi Sahni launched mobile internet service (2G, 3G, 4G, CDMA) in Patiala district today, all SMS, all the use of dongles has been banned from 9:30 am to 6:00 pm. The district administration has also informed the concerned telecom companies in this regard. During this time, voice call facility will be available on mobile phones.

Appealing for peace, Chief Minister Bhagwant Mann has ordered an inquiry into the incident. The police have registered three cases, including attempt to murder, against unidentified persons, while a person associated with the Hindu organization, Harish Singla, was arrested during the night after registering a case of spreading violence. At the same time, the district administration has called a meeting of both the parties today (on Saturday) by forming a 'peace committee'. On the other hand, angry Hindu organizations have appealed for Punjab Bandh.