Among the participants was Shaurya Chakra recipient RK Singh, Second-in-Command CRPF, who lost his leg in an operation in Lohardaga Jharkhand when a series of close to 200 IED explosions were triggered by Maoists on May 3, 2012. 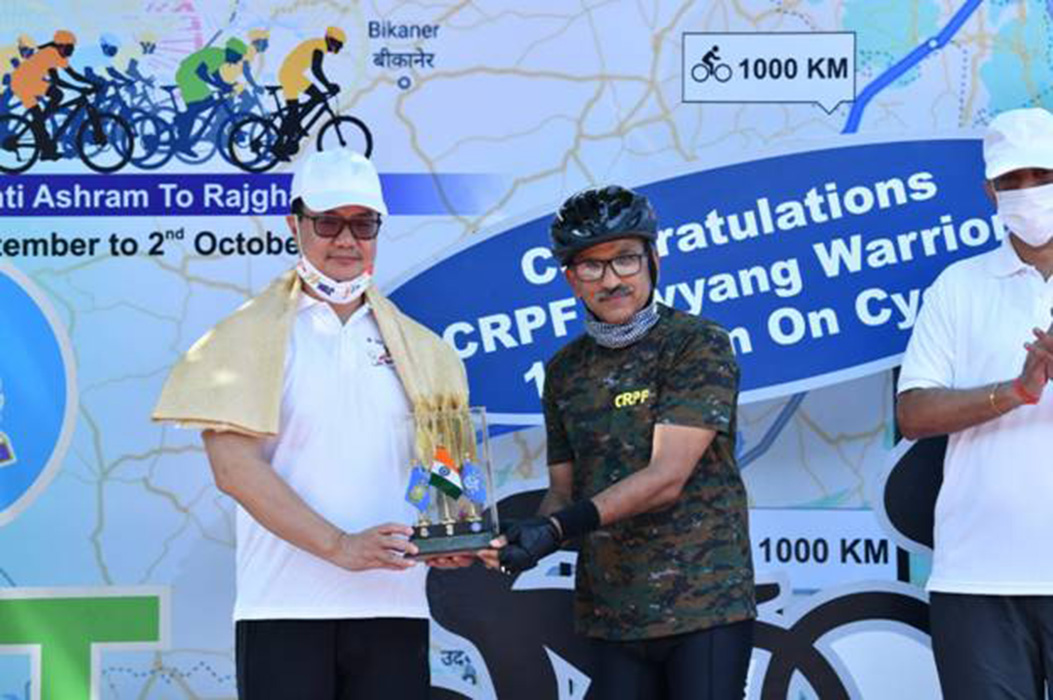 Union Minister of Youth Affairs and Sports Kiren Rijiju flagged in the CRPF Divyang Yodha Cycle rally that began its journey from Sabarmati Ashram, Gujarat, and culminated at Rajpath on the occasion of Gandhi Jayanti.

Before the event, Rijiju paid floral tributes at the Samadhi of Mahatma Gandhi on his 151st birth anniversary, at Rajghat, New Delhi.

CRPF Divyang Yodha Cycle rally has covered about 1000 km to reach Delhi in the last 16 days. From the CRPF Academy in Gurugram, the rally of intrepid warriors was joined by Dr. A.P. Maheshwari, DG CRPF who led the yatra from Gurugram to Rajpath.

Speaking on the occasion Rijiju said that the internal security warriors of the Central Reserve Police Force are actively serving the country across several conflict zones.

He said that CRPF Brave hearts have made supreme sacrifice in the service Of the nation. Many fearless warriors suffer grievous injuries and lose limbs or vital organs during their service.

Among the participants was Shaurya Chakra recipient RK Singh, Second-in-Command CRPF, who lost his leg in an operation in Lohardaga Jharkhand when a series of close to 200 IED explosions were triggered by Maoists on May 3, 2012. The Cycle Rally team consisted of 06 Women of CRPF Mahila Battalions who have shown strong determination and courage throughout the rally.