Crash landing of a stolen plane in America, the plane landed in the field, the pilot surrendered

Police said the plane started circling around 5 pm and was still in the air after more than 3 hours. Mississippi Gov. Tate Reeves said state law enforcement and emergency managers are closely monitoring the alarming situation. He says that all citizens should be alert. 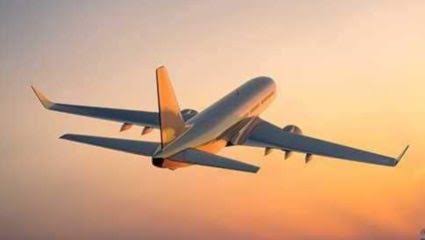 After hijacking a man's plane in Mississippi, USA, it has now crash-landed and landed in the field. After this the pilot surrendered himself to the police. The reason behind the landing of the plane was to run out of fuel. After stealing the plane, this man threatened that he would crash the plane at Walmart. According to the information, the age of the person making the threat is said to be 29 years. All Walmart stores were closed as a precaution after the threat.

It is being told that the person who stole the plane is an employee of the airport itself. Police said that the employee stole a double engine 9 seater plane. "They were first notified at 5 a.m. about an incorrect pilot flying a plane to Tupelo, Mississippi," officials said. They said the pilot called 911 and deliberately threatened to crash the plane at Walmart. In a video posted on Twitter, it can be seen that the plane is flying erratically across the area. After this incident, citizens were asked to remain alert.

Police said Walmart and its adjoining shops were evacuated so people could defend themselves as much as possible. The Tupelo Police Department said Walmart and a nearby store were evacuated. Police said the plane started circling around 5 pm and was still in the air after more than 3 hours. Mississippi Gov. Tate Reeves said state law enforcement and emergency managers are closely monitoring the alarming situation. He says that all citizens should be alert.

Walmart Stores Inc. is an American company that has now become the largest retail company in the world. Its annual turnover is in billions. It is the world's famous food and beverage selling company. Walmart has proved itself in many countries of the world and has spread its business. Its popularity can be gauged from the fact that more than 21 lakh people work in this company.