COVID Update: The danger of corona increased again, 221 died in one day

As part of the nationwide immunization drive, the Central Government is extending full support to the States and Union Territories by providing them free COVID vaccines. In the new phase of vaccine universal availability, the central government will procure 75% of the vaccines from vaccine manufacturers and provide them free of cost to the states and union territories. 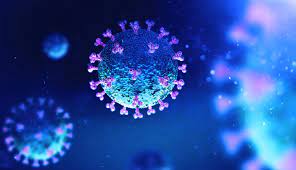 New Delhi. The threat of corona is not completely over yet. From time to time, its daily figure is getting more or less. According to the data released by the Union Ministry of Health and Family Welfare on Friday morning, according to the data released by Union Health Ministry, 12,729 new corona cases have been reported in India in the last 24 hours on Friday (November 05). At the same time, 221 people have died in the last 24 hours.

Under the nationwide vaccination campaign, 107.70 crore anti-Covid vaccines have been administered so far. 12,729 new cases were reported during the last 24 hours. The recovery rate is 98.23 percent at present. Highest since March 2020. During the last 24 hours, 12,165 patients recovered, taking the total number of 3,37,24,959 patients to recovery across the country so far. Active cases are less than 1 percent of the total cases, currently 0.43 percent, the lowest since March 2020. There are currently 1,48,922 active cases in India. The daily positivity rate is 1.90 percent, less than 2 percent for the last 32 days. The weekly positivity rate currently stands at 1.25 percent; Less than 2 percent in the last 42 days. A total of 61.30 crore tests have been done so far.