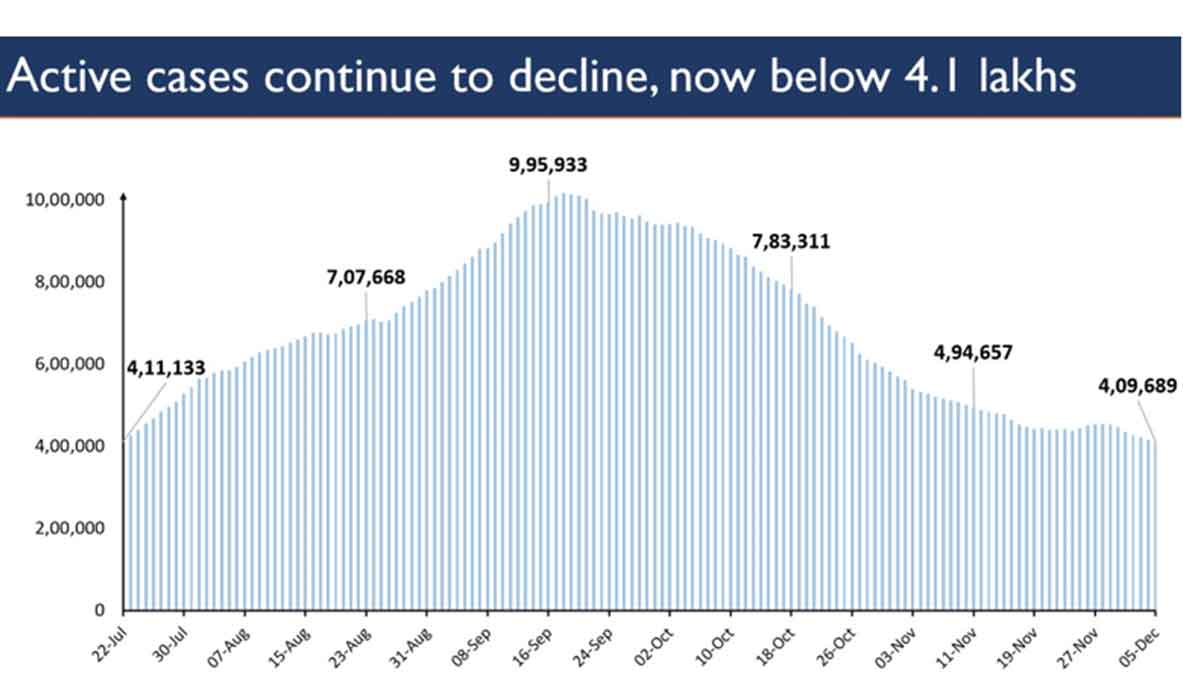 This has been made possible by the trend of recoveries exceeding new cases which have ensured a total net reduction of the Active Caseload. India’s present active caseload consists of just 4.26% of India’s Total Positive Cases. The new recoveries have led to a net decline of 6,393 in the Total Active cases.

The rising recoveries have also improved the Recovery Rate to 94.28% on December 5.

78.06% of the new recovered cases are observed to be concentrated in 10 States/UTs.

Maharashtra has reported the maximum number of single-day recoveries with 6,776 newly recovered cases. 5,496 people recovered in Kerala followed by 4,862 in Delhi.

Kerala reported the highest daily new cases at 5,718. It is followed by Maharashtra with 5,229 new cases. Delhi recorded 4,067 new cases.

512 case fatalities have been reported in the past 24 hours.