Continuing with the trend of the last 7 days, India has reported more daily recoveries than daily new cases during the past 24 hours. 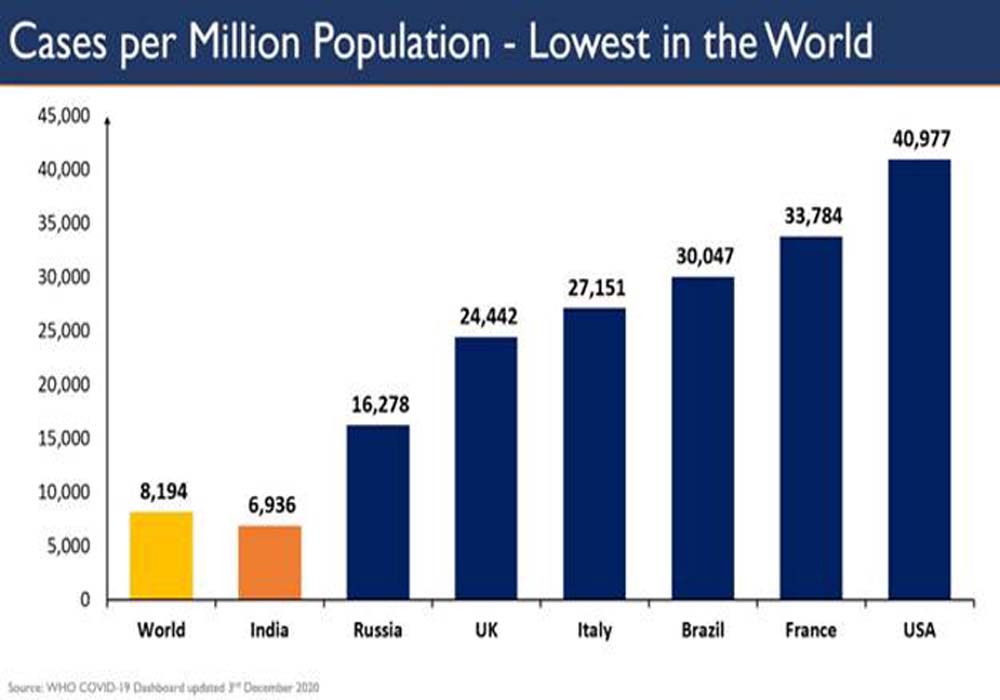 While 36,595 persons in India were found to be infected with COVID, 42,916 new recoveries were registered during the same period. The difference of 6,321 between new recoveries and new cases has led to a net decline of 6,861 cases from the total Active Caseload in the last 24 hours.

India still continues to have one of the lowest cases per million population in the world (6,936) much lower than many other countries of the Western Hemisphere.

The Recovery Rate has improved to 94.2% today. The total recovered cases stand at 90,16,289. The gap between Recovered cases and Active cases is steadily increasing and presently stands at 86,00,207.

80.19% of the new recovered cases are contributed by ten States/UTs.

Ten States/UTs have contributed 75.76% of the new cases.

21.29% of new fatalities reported are from Maharashtra which reported 115 deaths. Delhi also saw a fatality count of 82 while West Bengal reported 49new deaths.