Covid-19: 76% of the new Confirmed Cases concentrated in 10 States/UTs 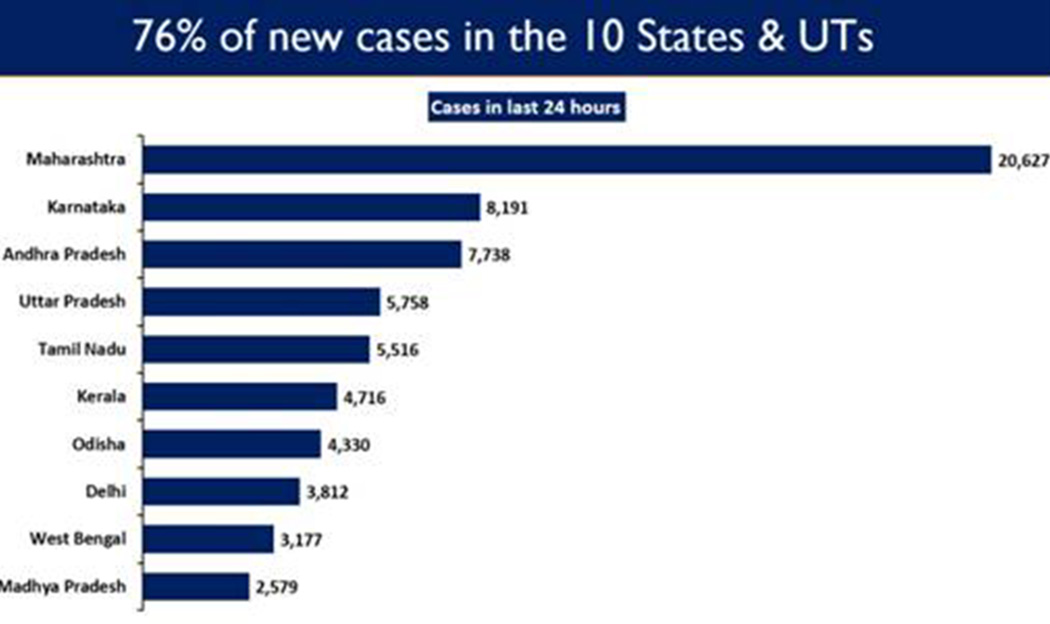 According to the Union Health Ministry, a total of 86,961 new cases have been reported in the last 24 hours in the country. 76% of the new confirmed cases are concentrated in 10 States/UTs.

Maharashtra reported 455 deaths followed by Karnataka and Uttar Pradesh with 101 and 94 deaths, respectively.

India has now crossed the significant landmark of more than 80% national Recovery Rate.

On a continuous stretch of high recoveries, India has also reported more than 90,000 recoveries for the third day in succession.