The brand says that the "analysis from the National Institute of Virology indicates that vaccine-induced antibodies can neutralise the UK variant strains and other heterologous strains". 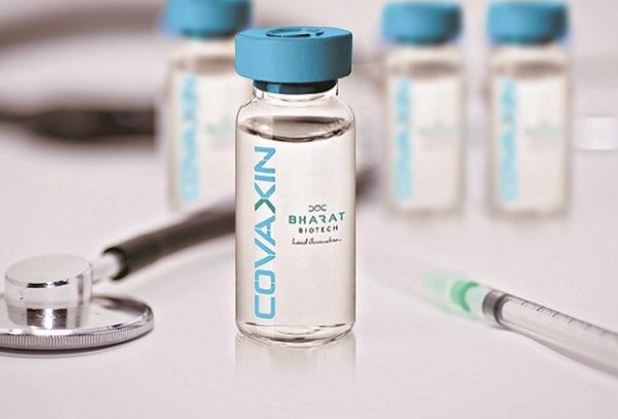 While there is major controversy about the efficacy of the corona virus vaccines in India, understanding that the vaccine is just an immunity booster against the virus and not a cure or a preventer, there is a tall claim made by Bharat Biotech that the covaxin that it has made, works against UK variant and it is, “80.6 per cent effective, “as per Dr. Krishna Ell of Bharat Biotech.

The brand says that the "analysis from the National Institute of Virology indicates that vaccine-induced antibodies can neutralise the UK variant strains and other heterologous strains".

This Wednesday, it revealed the, yet to be peer-reviewed analysis” and therefore is an interim analysis.

The results, it claims, have come out of phase iii trial based on “43 trial participants getting coronavirus, of whom 36 had not received the vaccine”. Followed by further interim analysis for 87 cases and a final analysis for 130. However, interim analysis also showed that severe, serious, and medically attended adverse events occurred at low levels and were balanced between vaccine and placebo groups.

The brand therefore claims that Covaxin demonstrated 81 per cent interim efficacy in preventing COVID-19 in those without prior infection after the second dose," Bharat Biotech said in its statement.

Covaxin's Phase III trials, which began in November last year, involved 25,800 participants aged between 18 and 98 across 25 sites. Participants, who included 2,433 over 60 and 4,533 with co-morbidities, were randomly divided into two groups. One got the vaccine and the other a placebo. Bharat Biotech said an "initial interim analysis" of 43 participants who contracted the infection showed 36 had been given a placebo.

Interim analysis also showed severe, serious, and medically attended adverse events occurred at low levels and were balanced between the two groups. The company also said that "analysis from the National Institute of Virology indicates that vaccine-induced antibodies can neutralise the UK variant strains and other heterologous strains".

According to the information shared with the media, the Data from the third stage of trials - which measures the vaccine's success in protecting against the virus - was widely anticipated amid concerns over Covaxin's efficacy, particularly as mutated, and more infectious, strains are circulating. As of March 1, there are 213 cases of the UK, Brazilian and South African strains in the country. It also comes as several states, including Maharashtra, see a worrying spike in new cases.

Covaxin is one of two Covid vaccines to have been cleared for emergency use. The other is Covishield, which was developed by AstraZeneca and Oxford University and is produced by Pune-based Serum Institute. Covishield has 70 per cent efficacy after the second dose. Both are being used in the first and second phase of the vaccination drive.

Both vaccines were cleared by the Drug Controller General of India (DCGI) in early January, at a time when late-stage trial data for Covaxin was not available; it was cleared on the basis of Phase I and II data that confirmed its "safety and immunogenicity". Covaxin was given "restricted use in emergency situation in public interest".