Additional public prosecutor Amit Sahni opposed the anticipatory bail application of the accused and said that the victim has submitted to him a CD containing the recording of the threats made by the accused over the phone. 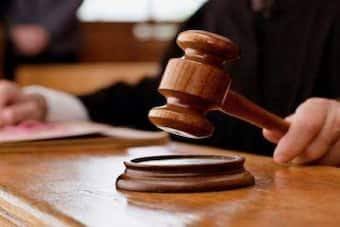 The Delhi High Court has refused anticipatory bail to a man accused of sexually assaulting a woman and causing her to have an abortion on the pretext of marriage, saying he never showed any intention of marrying her and kept the woman under misconception. The High Court said that although the counsel for the accused has said that he refused to marry her due to difference in temperament, but the facts show that he never tried to take any step towards marriage. Justice Yogesh Khanna said, "In fact the facts show that he avoided marriage till the relationship deteriorated, he got her aborted." He always kept the victim under the impression that he would marry her when he never showed any intention to marry her.

Justice Khanna, in his order issued on November 22, said, “A non-bailable warrant has been issued against this person, in such a case, the case for granting anticipatory bail to the petitioner (accused) is not made out.” This petition is dismissed.” In her complaint, the woman has said that the man physically assaulted her on the pretext of marriage and when she objected, he promised to marry her. "With this promise, this person had physical relations with her several times due to which she became pregnant," the complaint said. The complainant claimed that he (the accused) gave her some pills which caused her to miscarry.

Additional public prosecutor Amit Sahni opposed the anticipatory bail application of the accused and said that the victim has submitted to him a CD containing the recording of the threats made by the accused over the phone. He said that since the accused was not cooperating in the investigation, non-bailable warrants were issued against him. The man approached a lower court for anticipatory bail, but his plea was rejected, after which the matter came up before the High Court.