Official sources said that this committee after examining and analyzing the WHO's adverse report of the incident, its causal relationship, the report shared by the World Health Organization and related details will recommend further action to the Drug Controller General of India (DCGI). 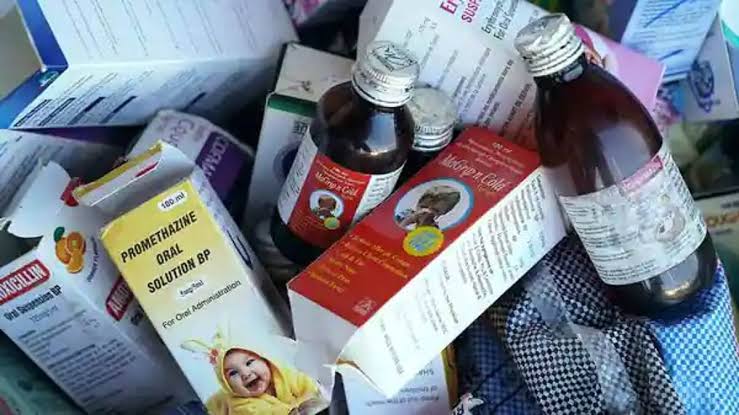 The central government on Wednesday constituted a four-member panel of experts to examine the adverse events report received from the World Health Organization (WHO) in the Gambia in connection with the deaths of 66 children from India-made cough syrup. This information has been given by official sources. The four-member committee of technical experts is headed by Dr. YK Gupta, Vice-Chairman of the Standing National Medical Committee. While three other members are Dr. Pragya D. Yadav of National Institute of Virology (ICMR), Pune, Dr. Aarti Behl of National Center for Disease Control (NCDC) in New Delhi, Department of Epidemiology and Joint Drug Controller (CDSCO) as member. AK Pradhan has been included in it.

The development in this regard came after the Haryana government ordered the stoppage of drug manufacturing at Maiden Pharmaceuticals' Sonepat unit after the WHO's adverse report, while the state drug regulator had asked it to give an explanation within a week. . Several violations were found in the company during the recent inspection. Due to this the license of the company can either be suspended or canceled. The order to stop production of the company's drugs came after a WHO report that the use of four cough syrups potentially killed 66 children in the African nation of The Gambia.

Official sources said that this committee after examining and analyzing the WHO's adverse report of the incident, its causal relationship, the report shared by the World Health Organization and related details will recommend further action to the Drug Controller General of India (DCGI). WHO has advised not to use four cough syrups - Promethazine Oral Solution, Cofaxmalin Baby Cough Syrup, Macaf Baby Cough Syrup and Magripen Cold Syrup made by Maiden Pharmaceuticals Ltd, an Indian pharmaceutical company.

These drugs are believed to be directly associated with serious kidney damage and 66 child deaths in The Gambia. According to the WHO, in laboratory tests, these four drugs were found to have higher than approved doses of diethylene glycol and ethylene glycol. Although the medical company Maiden Pharma has claimed that the drugs manufactured in its factory have received WHO recommendation and certification, the World Health Organization has rejected these claims and described all four of its medicines as very low quality. The presence of diethylene glycol and ethylene glycol, etc., in more than acceptable amounts, causes abdominal pain, vomiting, diarrhea, urinary obstruction, headache, brain-kidney side effects.