In view of the rising cases of #COVID19 in some countries, the Vice President of India Shri Jagdeep Dhankhar appeals to the Hon'ble Members of Parliament to follow COVID-19 appropriate behavior and lead the nation by example. 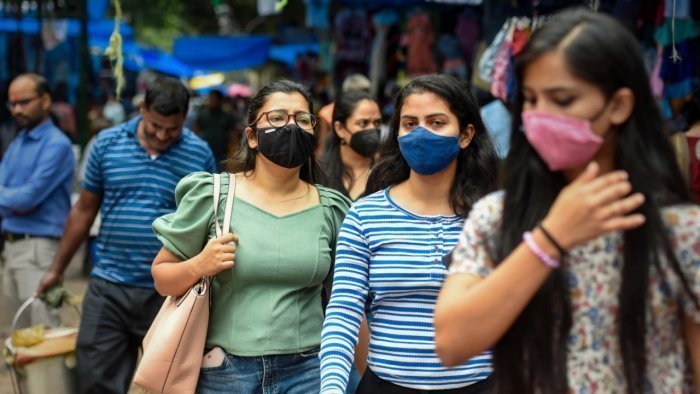 Once again the threat of corona has started looming in India. In view of this, the central government has also become alert. On Wednesday, Union Health Minister Dr. Mansukh Mandaviya held a meeting with senior officials and experts where he said that the corona is not over yet.

Meanwhile, the Indian Medical Association says that there will be no lockdown situation in the country, as 95% of the people here have been vaccinated. Dr. Anil Goyal said that the immunity of Indians is stronger than the people of China. There is a need to take care of T-3 in India i.e. Testing, Treating and Tracing.

At the same time, PM Modi will hold a review meeting regarding Corona at 3:30 pm today. Apart from this, emergency meetings will also be held in Delhi, UP, Karnataka, Maharashtra, MP, and Chhattisgarh. Meanwhile, the good news is that the prices of medicines like paracetamol, amoxicillin, and rabeprazole, which are used in the treatment of corona, will come down.

In a high-level meeting of the Health Ministry on Wednesday, Mandaviya said that the corona is not over yet, but India is ready to deal with any situation. We have asked all concerned to remain alert and increase vigilance. According to sources, random sampling of foreign passengers has also been started at the airports.

According to one of the reports of the Central Government, cases of new variant Omicron sub-variant BF.7 of Corona were reported. A total of 4 cases were reported, of which three were from Gujarat and one from Odisha. Thereafter no further case of the sub-variant was reported in the country.

According to the report, symptoms of Omicron sub-variant BF.7 were found in an NRI woman in Vadodara. She had come to Vadodara from America. Two other people who came into his contact were also investigated. Although his report came negative. Later the woman was cured. Apart from this, two other cases were also found in Ahmedabad and Odisha.