The issue of Hanuman Chalisa is not taking its name to stop. There is a huge tussle between BJP and Shiv Sena regarding this. 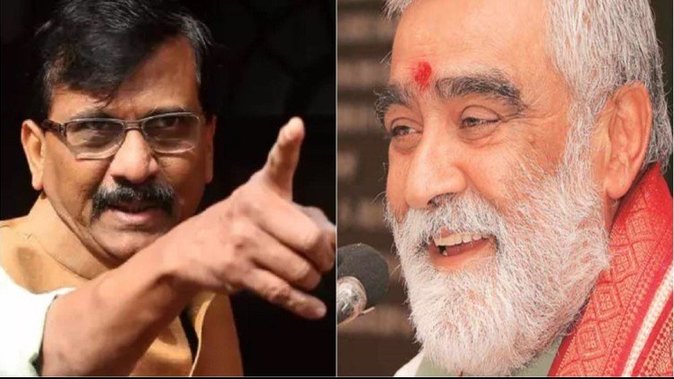 The issue of Hanuman Chalisa is not taking its name to stop. There is a huge tussle between BJP and Shiv Sena regarding this. On Saturday, Shiv Sena leader Sanjay Raut said about the remark made by Union Minister Ashwini Kumar Choubey on Maharashtra Chief Minister Uddhav Thackeray that Balasaheb Thackeray must see that you are trying to divide the country on this issue and we are fighting amongst ourselves. will be happy.

Sanjay Raut did not stop here and gave a big piece of advice to Ashwini Kumar Choubey, citing the statement of Uttar Pradesh Chief Minister Yogi Adityanath. Raut said that BJP is trying to defame Maharashtra. He said that Hanuman is a Dalit and there is no need to worship him, such as the statement of Yogi Ji, then since when did you become a lover of Bajrang Bali? The Shiv Sena leader said that the party is fighting against those who are planning to divide the country by organizing riots in the name of Hanuman Chalisa and the party's founder late Bal Thackeray was happy with the party workers to oppose such efforts.

Union Minister of State for Environment, Forest, and Climate Change Ashwini Kumar Choubey had said that the soul of Balasaheb Thackeray must have been hurt if he was arrested for reciting 'Hanuman Chalisa'. He had said that arrests are being made today only for reciting Hanuman Chalisa and taking the name of Lord Rama. This must-have hurt the soul of the late Shiv Sena chief.