Conspiracy to blow up Udaipur-Ahmedabad railway track: Blast with detonator at the bridge which PM Modi inaugurated 13 days ago

Unidentified people attempted to blast a bridge on the Udaipur-Ahmedabad railway line, which was inaugurated 13 days ago by Prime Minister Narendra Modi. 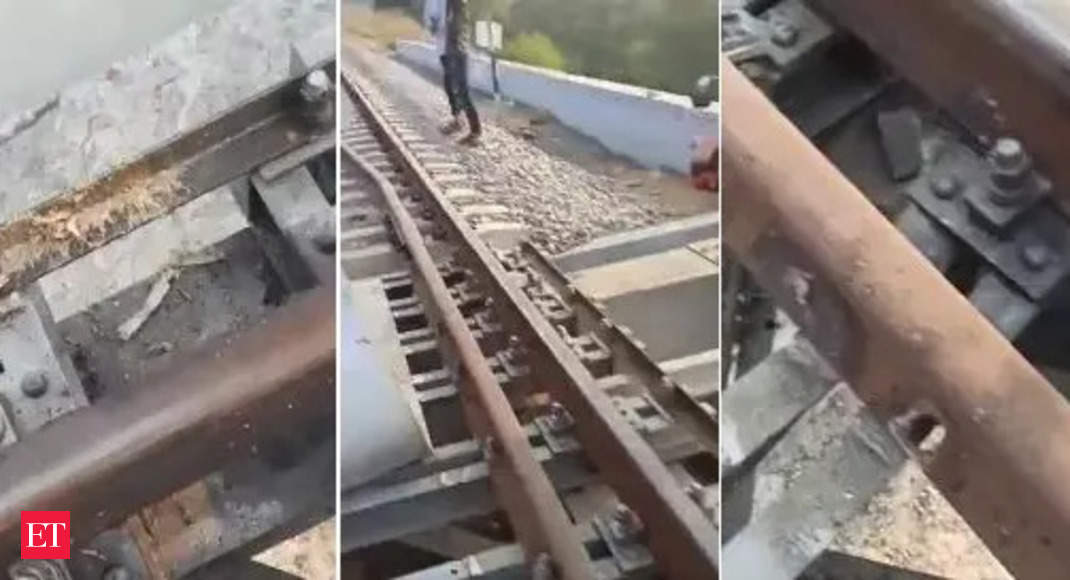 Unknown people blasted the bridge on the Udaipur-Ahmedabad railway line late on Saturday night. This caused cracks in the tracks. Ammo has also been found on the spot. The miscreants' plan was to blow up the bridge and destroy the railway track. The train had passed through this track only four hours before the blast. After the incident, the train coming from Ahmedabad to Udaipur has been stopped at Dungarpur. Prime Minister Narendra Modi inaugurated this line on 31 October.

District Collector Tarachand Meena said – The conspiracy to blow up the bridge with detonators has come to the fore. Udaipur SP Vikas Sharma said that initially, it seems that the blast has been done after thorough planning. The detonator belongs to the Super 90 category. The bomb squad and forensic team reached the spot and collected evidence. The Anti-Terrorist Squad (ATS) of the Rajasthan Police has also reached the spot.

The incident is about 35 km from Udaipur on the Salumber road covered by the railway bridge in Kevde ki Naal. Where the villagers heard the sound of an explosion around 10 pm on Saturday night. After this, some youth immediately reached the track. They saw that there was gunpowder lying on the railway line. The tracks were broken in many places. Nut bolts were also found missing from the line on the bridge. A thin iron sheet was also found uprooted on the track.