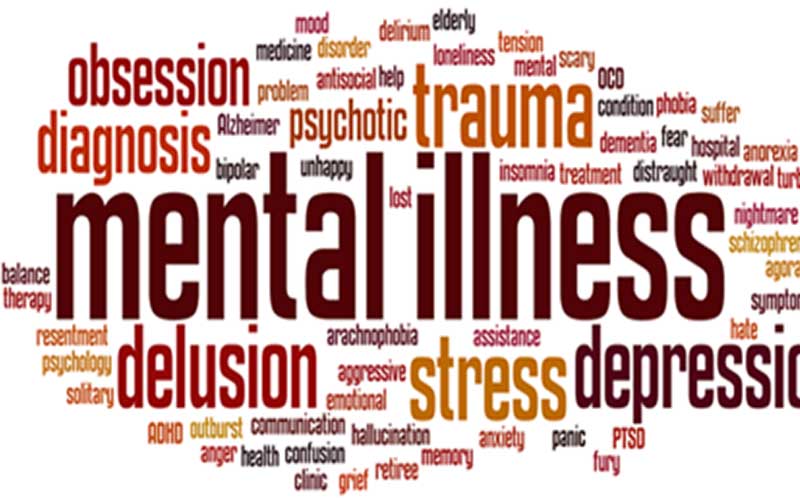 The second wave of Covid-19 has done more harm physically and mentally than the first wave. The trauma and anxiety, the way people have died and the harrowing tale of their death and absence of dignified burial seems to have firmly entrenched in the mindset of the people and it will remain so for decades.

The Pandemic has created havoc worldwide but countries battling this crisis have not yet fully explored its impact on mental health. People are in a state of constant fear and deep anxiety as there is no confirmation from any side as to how long this pandemic will linger on. Researchers, experts and psychologists should try to analyse the impact of the pandemic on mental health. These days all are busy in finding out the impact of the virus on people's physical health, the economy and the nation at large but least concerned about the mental health of the people.

Like any natural disaster, pandemic is also a form of natural disaster that encompasses massive loss of lives, economic starvation and consequent mental ill- health. Mental health pandemic was supposedly in simmering stage during the first wave of pandemic although repercussions were already seen.

Quarantine, lockdowns, job loss etc had all created increased incidence of anxiety, depression, fear, panic, isolation, loneliness, social neglect in the general population. Simultaneously those having pre-existing mental illness went through worsening of their condition due to non-availability of medicines and help at the right time. There was increase in suicides all over the world including India. The mental health impact is not only today but will continue to be seen in the years to come. There will be definite rise in mental health illnesses if the interventions don’t start today. People need to be made aware, accept the situations and taught self- psychological management in order to lead healthy productive lives once the pandemic is over.

According to Dr. Meena Mishra, Chairperson of Brain Behaviour Research Foundation of India(BBRFI), ”The second wave in India is seemingly deadlier with a clamour for hospital beds, oxygen cylinders and medicines amongst the people in order to save lives of their near and dear ones. The increased burden on healthcare has been phenomenal such that the demand of essential life -saving items exceeded the supply and many have lost their lives as a result. The mental health implications of second wave and any further waves will directly affect the mental health of the present generations as well as future generations. The mental health issue is integrated with the deficits in physical health and economic set-backs faced by the people. All age groups are affected directly and indirectly in different ways.

“Media and social media are flooded with heart wrenching stories of deaths and losses. Since states are in lockdown, people are stuck with watching TV or mobile- there are lots of fake messages regarding all aspects of covid and vaccination. There is fear and panic, lot of anxiety and uncertainty of future that has led to increased sleep problems, behavioral changes, depression. Panic has taken many lives all of a sudden that will not be recorded in official statistics. Panic enhances the oxygen demand of the body that worsens the breathing insufficiency in a covid patient and hospitalisation is mandatory, Dr Meena added.

On the possible impact on adults, students, and Children, she said” the Loss of lives of near and dear ones, loss of jobs, unable to bid farewell to loved ones who died due to covid, extended lockdowns have added to loneliness leading to depression and may end up in suicide if not detected early. Grief due to bereavement, lack of medical facilities proportional to demands, unable to give dignified farewell to loved ones has instilled anger and frustration along with insecurity in the people. There are increased violence incidences with medical staff, distrust and lack of faith. Insecurity has brought in the tendency of hoarding.

Students – uncertain future, lack of physical activity, mobile addiction, loneliness, mood disturbances, irregular sleeping habits has lead to anxiety, sometimes panic and behavioral alterations. Frontline workers in medical care- Exhaustion from overwork, frustration of losing patients due to lack of basic medical equipments, oxygen supplies and oxygen has led to depression and lack of sleep. Suicides have been reported amongst doctors as a result of all this.

Children - The biggest challenge is to ensure safety of children as subsequent waves are bound to hit children harder. Keeping the child indoors and restricting their playtimes has deteriorated the physical health leading to overweight tendencies. There is insecurity, confusion and behavioral issues with children. This childhood Post Traumatic Stress Disorder (PTSD) will have impact on them as they become adults. Some children have become orphans with nowhere to go- their childhood has become stressful and uncertain. Their behavioral changes will be seen in the years to come.

Joshua A. Gordon, M.D., Ph.D. who is the Director of the National Institute of Mental Health (NIMH),(USA), the lead federal agency for research on mental disorders, in Directors message said, “A notable fraction of people will develop chronic symptoms severe enough to meet criteria for a mental illness, such as post-traumatic stress disorder (PTSD) or major depressive disorder. People who experience more severe stressors, such as exposure to the dead or dying, and people with more prolonged disruptions are more likely to experience enduring symptoms that would benefit from intervention.”

The Director of NIMH added, “Several surveys, including those collected by the Centers for Disease Control (CDC), have shown substantial increases in self-reported behavioral health symptoms. According to one CDC report, which surveyed adults across the U.S. in late June of 2020, 31% of respondents reported symptoms of anxiety or depression, 13% reported having started or increased substance use, 26% reported stress-related symptoms, and 11% reported having serious thoughts of suicide in the past 30 days.”