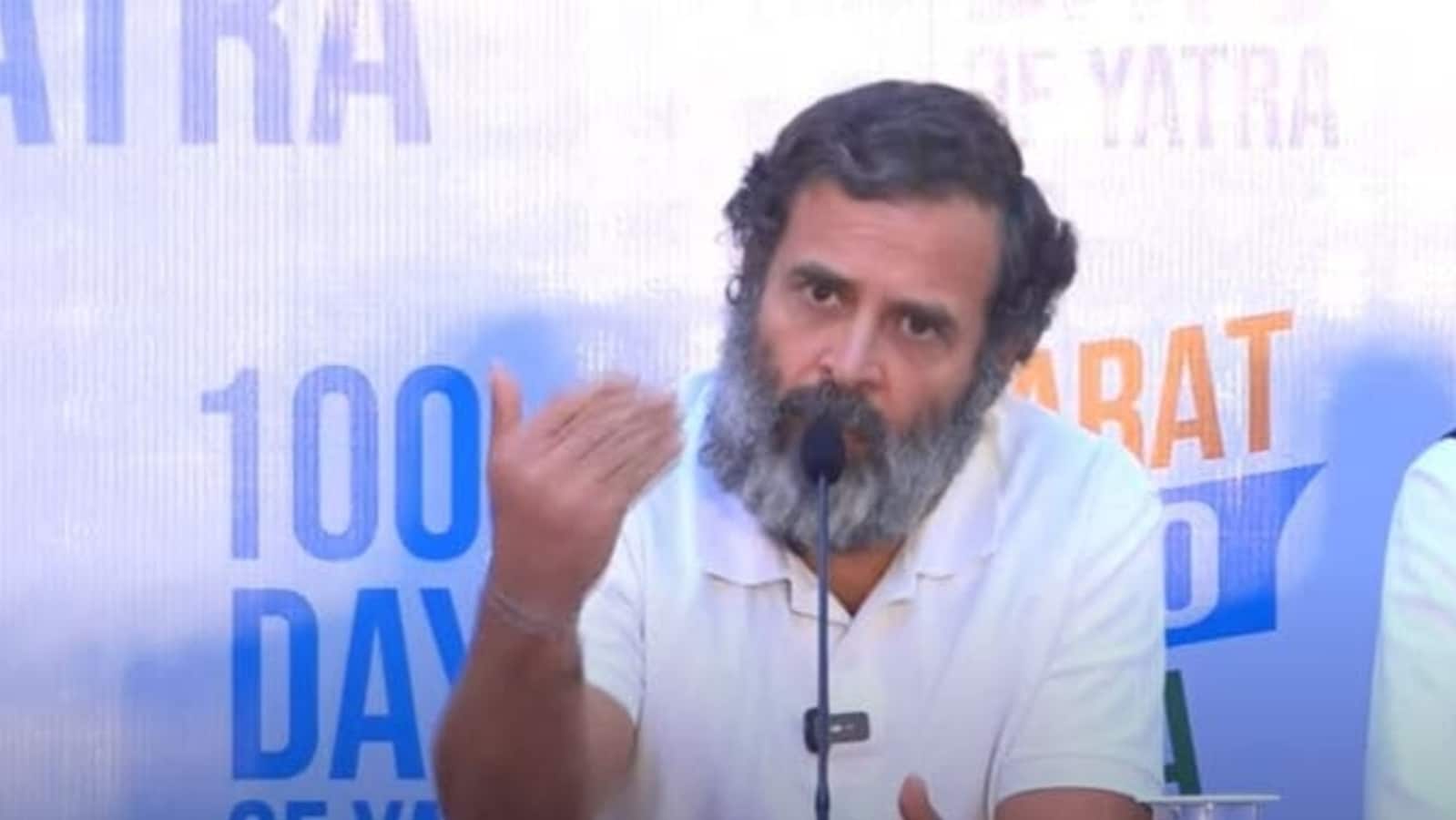 Rahul Gandhi's Bharat Jodo Yatra entered Haryana from Rajasthan on Wednesday morning. During this, fellow leaders were surprised to see Rahul's anger at the flag exchange ceremony. Actually, during the program, a leader was trying to take a selfie on the stage. But Rahul Gandhi shook his hand very angrily. The leader could hardly get rid of his mobile.

In a program held at the Haryana border adjacent to Alwar, Rahul told Congress President Mallikarjun Kharge – Ministers in Rajasthan walk 15 kilometers once a month. This model should be implemented in every Congress-ruled state.

Rahul said, 'I am happy that the Chief Minister and the State President of Rajasthan have decided that all the ministers and leaders of Rajasthan will walk 15 kilometers once a month. Will work after listening to the public. I would say to Kharge ji, I would suggest that wherever the Congress government is formed, our cabinet, ministers, MLAs, and leaders should walk on these roads for at least one day a month. Should be pushed, should fall, should be scrapped.

Rahul said – learned a lot on the journey. We do not give long speeches while traveling. The journey starts at six o'clock, we walk for six to seven hours and then give a speech of 15 minutes. It has become a habit of today's leaders whether they belong to Congress, BJP or Samajwadi Party, I am talking about the leaders of every party. Nowadays there is a gap between the leader and the public. Leaders think that there is no need to listen to the public. Gives long speeches for hours. This journey has tried to change that. We walk for seven to eight hours and all the leaders listen to the farmers, laborers, youth and small shopkeepers.