Shashi Tharoor is well aware of the political challenge of competing against a stalwart like Mallikarjuna in the election of Congress President, but he is giving it an interesting tinge with the capital of his political popularity. 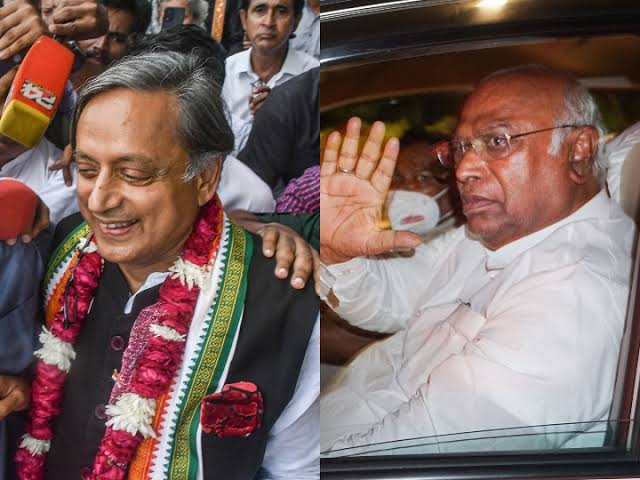 Shashi Tharoor's political activism in the election for the post of Congress President has forced Mallikarjun Kharge, who is unofficially considered the official candidate of the party, to go full force in the campaign for the President's election. While Tharoor has put in full force in his campaign with the filing of nominations, Kharge too on Friday ramped up his campaign by visiting two big states like Gujarat and Maharashtra.

In this election of the country's oldest party, it is interesting to see that the announcement of Sonia Gandhi and Rahul Gandhi being neutral in the election of Congress President is being prominently raised by Tharoor everywhere in his campaign. Not only this, Shashi Tharoor, who was included in the list of dissatisfied leaders of the party, is also trying to give the message of reducing his distance from the Gandhi family during this campaign. Shashi Tharoor is well aware of the political challenge of competing against a stalwart like Mallikarjuna in the election of Congress President, but he is giving it an interesting tinge with the capital of his political popularity.

In the election of the President's post, Kharge is naturally heavy, but through his announcements to revive the Congress, he is definitely increasing the discussion and stirring on his questions among the leaders and workers of the party in the states. Particularly the youth of the party is showing interest in Tharoor's words which is also visible during his election tour in the states. Young leaders and workers of the party are getting acquainted with him. The result of increased enthusiasm in the party due to Tharoor's campaign is that Mallikarjun Kharge not only started his campaign on Friday morning by visiting Mahatma Gandhi Ashram in Sabarmati in Gujarat but also reached Mumbai in the evening seeking support from the leaders of Maharashtra.