Ashok Gehlot has spoken to the leaders of different states to take a unanimous decision to make Rahul the President by contacting them over the telephone. 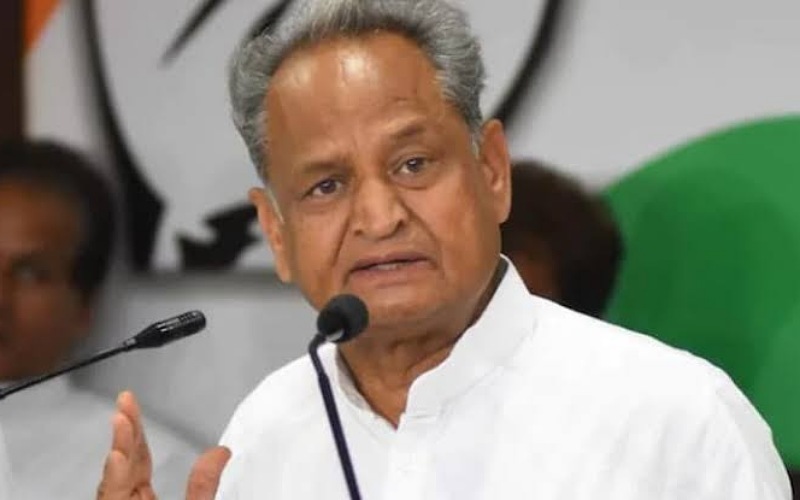 The leaders of Rajasthan have taken over the command of making Rahul Gandhi the Congress President unanimously. Chief Minister Ashok Gehlot, Congress Working Committee member Raghuveer Meen and former Deputy Chief Minister Sachin Pilot are in dialogue with party leaders regarding Rahul's appointment as the President. According to sources, Gehlot will propose to make Rahul the president unanimously in the Chintan Shivir to be held in Udaipur, Rajasthan from May 13 to 15.

Sachin Pilot stayed in Delhi for three days and met many leaders. There are deep differences between Ashok Gehlot and Sachin Pilot, but both are lobbying at their own level to make Rahul the president. Meena is in touch with the tribal leaders of the party.

In the year 2013, the decision to make Rahul Gandhi the Vice President of Congress was also taken in Rajasthan itself. At that time, Gehlot had established a consensus for Rahul in the Chintan Shivir organized at Birla Auditorium in Jaipur.

About 400 leaders will gather in a Chintan Shivir to be held in a resort in Udaipur. Arrangements have been made in half a dozen hotels for the stay of the leaders. Party general secretaries Ajay Maken, Ashok Gehlot, Sachin Pilot and Meena will take stock of the preparations for the Chintan Shivir in Udaipur on May 4. Party President Sonia Gandhi will remain in Udaipur for three days. The ministers of Rajasthan and the presidents of boards and corporations have been entrusted with the responsibility of preparing for the Chintan Shivir.