Gehlok and Sachin Pilot are happy about the new cabinet, on the other hand, some Congress MLAs are very angry. 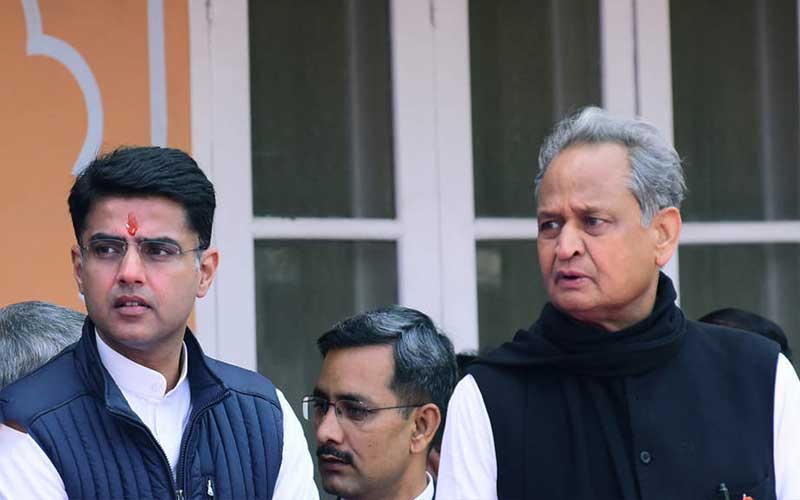 The new cabinet will take oath in Rajasthan on Sunday evening. While Gehlok and Sachin Pilot are happy about the new cabinet, on the other hand, some Congress MLAs are very angry. The news is coming that some MLAs have also left for Jaipur regarding the complaint.

Let us inform that the new cabinet of Gehlot is going to be expanded on Sunday. Some MLAs are very upset about this because there are reports that some MLAs have become angry with the news of Tikaram Julie being made a cabinet minister in the cabinet. After this, MLAs Johri Lal Meena, Safia Zubair and Deepchand Khadia from BSP have left for Jaipur to protest.

Tikaram Julie is considered close to Chief Minister Ashok Gehlot. Tikaram Julie, who hails from the Dalit community, was currently the Minister of State for Labor, who is likely to be promoted to a cabinet minister. Tikaram is the MLA from Alwar Rural seat.