Congress in action after cash scandal, suspended all three MLAs

The party has suspended the three MLAs of Jharkhand Congress after a huge amount of cash was recovered from them in Howrah, West Bengal. 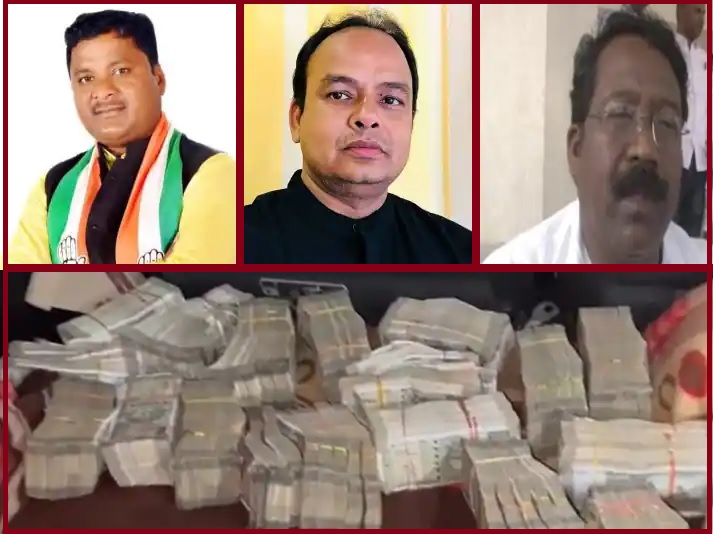 The party has suspended the three MLAs of Jharkhand Congress after a huge amount of cash was recovered from them in Howrah, West Bengal. Jharkhand Congress in-charge Avinash Pandey has informed the media that the MLAs who were caught with cash on Saturday have been suspended with immediate effect.

The 3 MLAs who have been suspended by the Congress are Rajesh Kachhap, MLA from Khijri in Ranchi, Naman Vixel, MLA from Kolebira, Kongari Simdega, and Irfan Ansari, MLA. In Howrah, West Bengal, these three Congress MLAs were caught with a huge amount of cash. You can guess the excess of the amount from the fact that in order to count it, the police had to ask for a note counting machine.

Significantly, on Saturday night, the West Bengal Police searched a vehicle in Howrah district. During the investigation, huge amount of cash was recovered from the vehicle. A total of five people in the car, including the driver, were taken into custody. Police said that this action was carried out on the information of the informer. We had received information that huge amount of cash was being carried in this vehicle. MLAs Irfan Ansari, Rajesh Katchap and Naman Bixal, who were traveling in Congri, were stopped on National Highway-16 at Ranihati in Panchla police station area. Howrah (Rural) Superintendent of Police Swati Bhangalia said, “We had received accurate information that a huge amount of money was being carried in a car. We started searching the vehicles and stopped this car, which was carrying three MLAs. A huge amount of cash was recovered from the car."