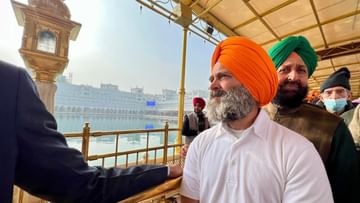 The Bharat Jodo Yatra will remain in Punjab for seven days. Meanwhile, Congress's Bharat Jodo Yatra will have a one-day halt in Himachal Pradesh after Punjab. After this the yatra will leave for Jammu and Kashmir. However, a mega-rally will be organized at Pathankot in Punjab on the concluding day before leaving for Jammu and Kashmir. Here Rahul Gandhi will address the meeting. Let us tell you that this journey will end with the hoisting of the tricolor in Srinagar on January 30.