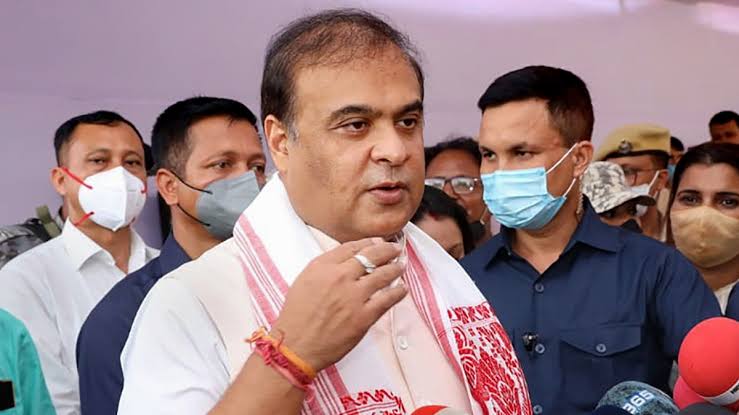 A war of words has started between the BJP and the Congress on Rahul Gandhi's Bharat Jodo Yatra. The leaders of both the parties are taking a jibe at each other regarding this visit. Meanwhile, Congress is attacking BJP leader and Assam Chief Minister Himanta Biswa on his 'Start with Pakistan Yatra'. Congress leader Jairam Ramesh has said that Assam Chief Minister Himanta Biswa Sarma makes such statements to please his bosses.

On the statement of Assam Chief Minister Himanta Biswa Sarma, Congress leader Jairam Ramesh said, I do not take Assam CM seriously. After being a part of Congress for 20-25 years, he now has to prove his loyalty every day. He has recently joined BJP, so he has to make derogatory statements every day. Jairam Ramesh said, I think Assam CM is childish and immature and he makes such statements only to prove his loyalty to his new masters.

Meanwhile, the statement of Tamil Nadu BJP chief Annamalai has also come to the fore. He said, "Rahul Gandhi is famous for 'Bharat Jodo' not 'Bharat Chodo' Yatra. When Rahul Gandhi travels through the country through this Yatra, he will know how PM Modi changed the country in eight years and his eyes Congress also retaliated on this and reminded of the role of RSS during the freedom movement. Congress MP Manickam Tagore said that BJP is rightly saying 'Quit India Movement' was led by Mahatma Gandhi in which Sanghis (RSS) ) never participated.

Taking a jibe at Congress's Bharat Jodo Yatra, Assam Chief Minister Himanta Biswa Sarma had said that India is connected from Kashmir to Kanyakumari. What is not connected? India was fragmented by the Congress in 1947. If Rahul Gandhi has any remorse that my maternal grandfather had messed up. Whatever happened in the time of Pandit Nehru, should not have happened, then he should start the India Jodo Yatra from Pakistan. Connect India What is the need to start in India. Join Pakistan in India, join Bangladesh in united India.