Speaking to the Observers, Chief Election Commissioner Sunil Arora gave a global perspective on the impact of Covid 19 on election schedules around the world and the detailed deliberation and assessments done by ECI before taking the decision to conduct elections in Bihar. 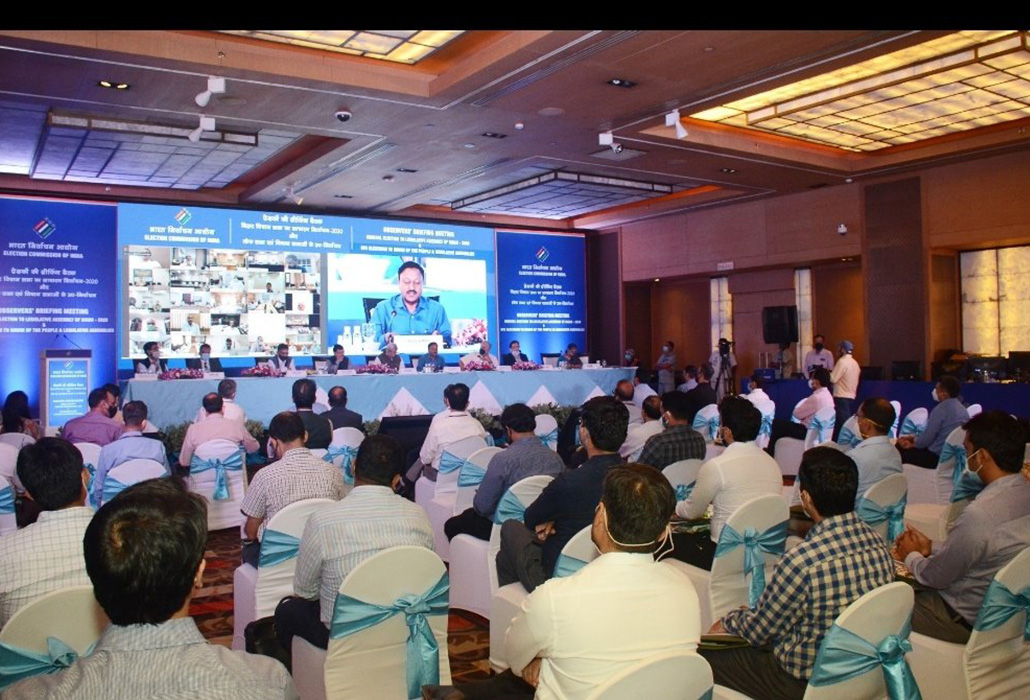 Speaking to the Observers, Chief Election Commissioner Sunil Arora gave a global perspective on the impact of Covid 19 on election schedules around the world and the detailed deliberation and assessments done by ECI before taking the decision to conduct elections in Bihar.

Election Commission of India organized a Briefing Meeting for Observers to be deployed for the forthcoming Bihar Legislative Assembly Elections as also bye-elections across the states, schedule for which was announced on September 25, 2020, and subsequently.

He underscored the need to be extra careful as this election will be keenly watched by the world community being the largest election in the world to be held amid the pandemic.

He reiterated ECI’s commitment to conduct an election that is free, fair, transparent, ethical, and also Covid Safe. He stated that the strength of democracy rests in its primary stakeholder- the voter.

All efforts must be made to instill confidence in the voter to come to the polling station on election day to cast her/his vote safely and freely, he said.

He called upon the Observers to assume the role of a friend, philosopher, and guide to the local election machinery, guide and hand-hold them and help resolve their issues.

He lauded the commitment and dedication of some of the special expenditure observers in the past who made sure that a level playing field was made available during the election.

Such observers, by virtue of their formidable domain knowledge and absolute impartiality, attest to the faith that was reposed in ECI as an institution by the founding fathers of our Constitution.

Election Commissioner Sushil Chandra emphasised the significance of the role of Observers. He pointed out that two Special Expenditure Observers have already been appointed by the Commission and if required other such Special Observers would also be appointed as the election process progresses.

Chandra pointed out that familiarization with laid down instructions specifically the highlights of the broad guidelines issued by the Commission on August 21, 2020, as also by the CEO Bihar should be strictly adhered to.

He advised officers to pro-actively redress complaints and ensure impartially while discharging their duties.

He said the officers should always bear in mind they are the actual face of ECI on the ground. He reminded the officers that Bihar Elections needs to be showcased to the world as all attention is focussed on these Elections.