Complimenting someone on weight loss might be 'harmful': Demi Lovato 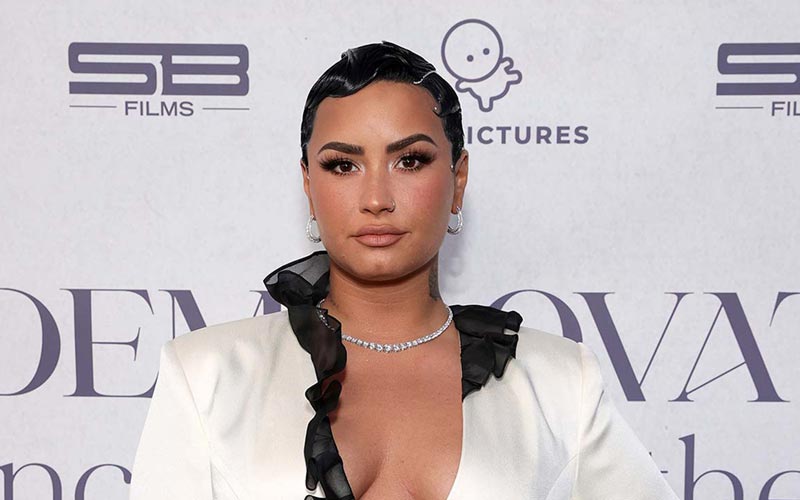 Body compliments, according to Lovato, may sound amazing at times, yet they may also leave the receiver "awake at 2 a.m. overthinking the comment."

Posting an Instagram story, the 28-year-old singer-songwriter wrote, "Please don't make comments about someone's body if you don't know their food background. And, even though your intentions are good, the assertion may keep the person up at 2 a.m. overthinking it."

In continuation to that, Lovato said, "Is it a pleasant sensation? Still, on occasion. But just to the loud as hell eating disorder voice inside my brain that says, "See, people want a smaller you" or "If you eat less, you'll lose much more weight." But it can also be frustrating when I find myself saying, 'Well, damn. 'What did they think of my body previously?'"

"Moral of the story: I am more than the shell for my soul, that is my body, and every day I struggle to remind myself of that, so I'm asking you to help remind me that that is all people see of me sometimes," the post concluded.

The statement comes four days after Lovato revealed that they are nonbinary and would be updating their pronouns, telling fans that the decision was the result of "self-reflective work."

Lovato explained that they chose gender-neutral pronouns because "this better reflects the fluidity I feel in my gender identity," adding, "I'm doing this for those out there who haven't been able to share who they really are with their loved ones."

The singer behind hits like ‘Confident,’ 'Sorry Not Sorry,' 'Heart Attack,' and 'Tell Me You Love Me' recently opened up about their personal problems with mental health and recovery in a YouTube video that followed their experience before and after a near-fatal overdose in 2018.

So, what do you think about this type of compliment? Does it bother you too? Or, is it absurd?

PS: I hope you don't think about the things too much to the point of self-deteriorating.