The government has asked the oil companies to pass on the benefits of the reduction in global prices to the customers. 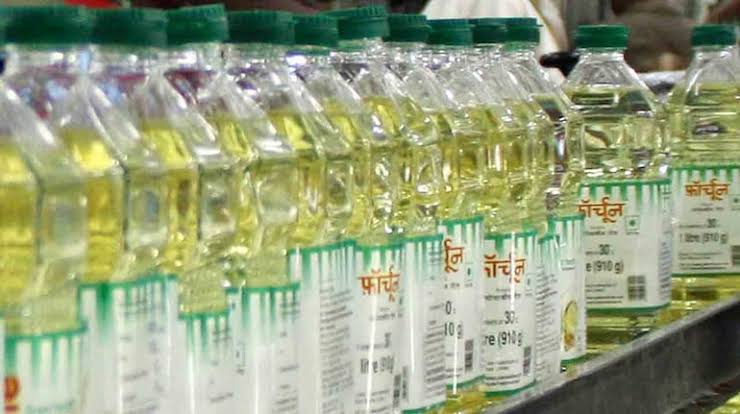 Amidst the inflation of edible oils, the central government has given strict instructions to the companies. Companies have been instructed to bring the company up to ten rupees per liter in prices. Food Secretary Sudhanshu Pandey has given this information after an important meeting held on Wednesday. Pandey also told that it has been instructed to keep the MRP of edible oil of the same brand of companies the same throughout the country. The Ministry of Food and Consumer Affairs held a meeting on Wednesday to ask edible oil companies to bring down retail prices. Despite the fall in the prices of cooking oils across the world, this meeting was called on the high prices in the country.

Solvent Association of India's executive director BV Mehta has said that globally the price has come down by $300-400 per tonne but it will take about a month to see its effect in the domestic market. In the coming days, the prices of edible oils will also see a decline in India.

Earlier on June 22, Pandey had said that the softening of the edible oil market has started, as it has happened in the retail market due to reduction in international prices and timely intervention of the government. However, last month many edible oil companies have reduced the prices by Rs 10-15 per litre. India imports 60 per cent of its total edible oil requirement every year. According to the association, between the marketing year (November-October) of the year 2020-21, the import of edible oils has been 131.3 lakh tonnes, which is very low.