The matches are underway on the 8th day of the Commonwealth Games, and for India, its first medal in wrestling has arrived. Anshu Malik has won a silver medal in the women's weight category of 57 KG, while Para table tennis star Bhavina Patel moves to the final of the women's singles 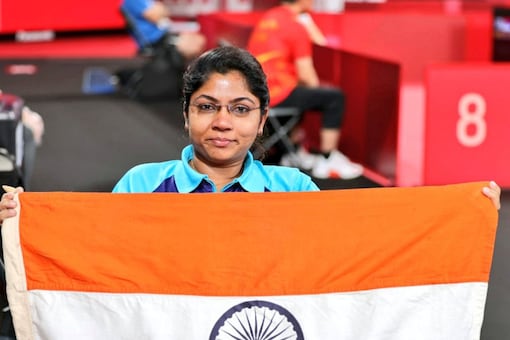 The matches are underway on the 8th day of the Commonwealth Games, and for India, its first medal in wrestling has arrived. Anshu Malik has won a silver medal in the women's weight category of 57 KG. Odunayo Adekuroye of Nigeria defeated Singh to grab the gold medal by 7-3 in the final. Earlier, Anshu had defeated Nethmi Poruthotage of Sri Lanka 10-0 in the semi-finals in 1:4 seconds. Singh reached the semi-finals by defeating Irene Simonodis of Australia in 64 seconds in the quarter-finals.

The match between India and Pakistan is to be played in a short time. Deepak Punia will take on Pakistan's Mohammad Inam in the 86 KG freestyle. At the same time, Para table tennis player Bhavina Patel has ensured a medal for India.

India's star wrestler Bajrang Punia has also reached the final. He won the men's 65 kg freestyle semi-final match 10-0. England's George Ram could not stand anywhere. Bajrang has won all his matches so far in less than 2 minutes. Poonia has ensured the third medal in wrestling for India. He defeated Murray of Canada 3-1 in the semi-final match. Earlier, in the 86kg freestyle, he defeated Sheku Kasasegbama 10-0.

Sakshi Malik has ensured the fourth medal for India. She defeated Cameroon's Berth Emiliene 10-0 in the semi-final of the 62 KG freestyle. Earlier in the semi-final, she defeated England's Casley Burns 10-0. Mohit Grewal lost to Canada's Amarveer Dhesi in the men's 125kg freestyle. They lost the match 2-12. Now he will play for the bronze medal. Earlier, he defeated Cyprus' Alexis Koselides 10-1 to reach the semi-finals.