The Indian men's team at Lawn Bowles lost to Northern Ireland 5-18 in the final in the gold medal fight and had to be content with the silver medal, which was India's 29th medal. 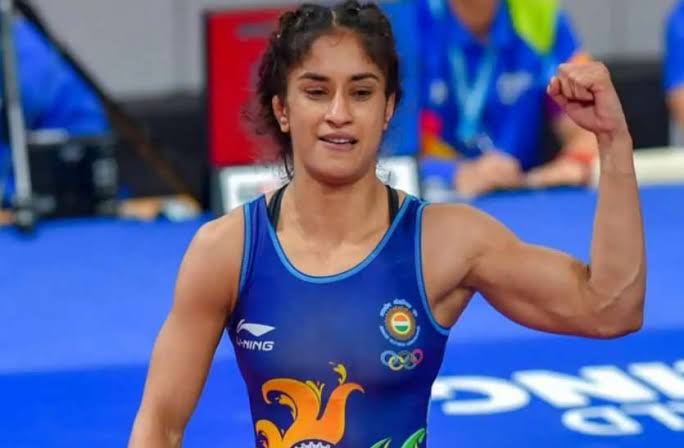 On the ninth day of the Commonwealth Games 2022 in Birmingham, the wrestlers of India have started creating a ruckus on Saturday like the eighth day. Ravi Kumar Dahiya has won the first gold medal of the day for India in the 57 kg weight category and the fourth and tenth gold medals in wrestling overall, which is the 32nd medal in the Games for India. Dahiya won the gold after beating Nigeria's Abikevenimo Velsen 10-0 in the final match. Earlier in the morning, Priyanka Goswami won the silver medal in ten thousand walks, while in athletics itself, Avinash Mukund won 3000 meters. Won silver medal in steeplechase category, which was 28th medal for India. The Indian men's team at Lawn Bowles lost to Northern Ireland 5-18 in the final in the gold medal fight and had to be content with the silver medal, which was India's 29th medal.

Boxers have also started to dominate. Amit Panghal in men's flyweight and Neetu Ghangas in women's minimum weight have made it to the finals. Star boxer Nikhat Zareen also entered the final by defeating Savannah Alifa Stubble of England 5-0 in 50kg. In the women's section itself, Jasmine lost 2-3 in a close contest to England's Peggy Richardson in the 60kg weight category, but she managed to win bronze. And her medal has taken India's total medal tally to 30, while the women's cricket team defeated England by 4 runs in a thrilling match in the semi-finals to enter the final and ensured a silver medal.

In table tennis, Ajanth Sharath Kamal and teammates Ganthasekaran have made it to the semi-finals by winning their respective singles matches. Sharath defeated Singapore's Yong Izak Quake 4-0 and his teammates defeated England's Sam Walker 4-2 in a close match. At the same time, Sanil Shetty lost his match. In the men's doubles at Tete itself, India's Achant Sharath Kamal and Ganasekkar teammates defeated Australian pair of Nicholas Lam and Finn Lum 8-1, 11-9, 10-12 and 11-1 to reach the men's doubles final. In mixed doubles also, Indian pair Achant Sharath Kamal and Sreeja Akul defeated Australian pair of Nicole Lam and Minhyung Ji 11-9, 11-8, 9-11, 12-14, 11-7 to enter the final. . But in the women's section, Manika Batra and Diya Parag Chitale lost 7-11, 6-11, 13-11, 10-12 to the Wales pair of Carlotte and Anna Hersey in the women's doubles.

Talking about badminton, PV Sindhu has entered the semi-finals of the singles category. She defeated J.W. Goh of Malaysia 19-21, 21-14, 21-18 to secure a ticket to the last four.