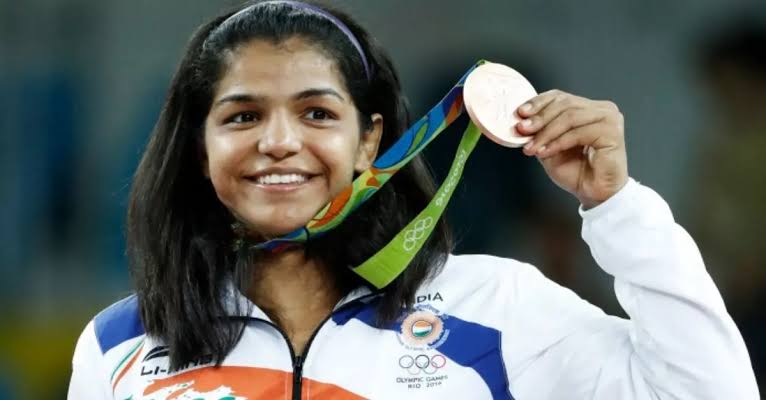 Wrestlers have taken up the responsibility of taking India's rank up in the ongoing Games on the eighth day of the Commonwealth Games in Birmingham. In the most recent bout, Sakshi Malik gave India its eighth gold medal in the women's 62kg freestyle category. Sakshi won the gold medal after going 0-4, which was India's 23rd medal overall. Before him, Bajrang Punia has given India a gold medal in the 65 kg weight category. Shortly after in the opening round, Bajrang Punia took a 4-0 lead against the 21-year-old McNeil of Canada. Bajrang's experience proved to be very heavy on the young wrestler. In the second round also, Bajrang started aggressively. And the Indian wrestlers landed on the mat with a clear strategy. But the Canadian wrestler took two points to make the score 4-2, but Bajrang retaliated and took the score 6-2. And then the score also became 7-2 and then in the last moments Bajrang ensured India's victory by scoring 9-2. This was India's seventh gold and 22nd overall medal in the Games.

Earlier, Anshu Malik won the silver medal for India in the 57 kg weight category. Nigeria's Ejekuroyi Odunayo took a 4-0 lead in the first round against Anshu to put herself well ahead of the gold claim. In the second round of three minutes, Anshu put in full force, but in the end, Odunayo defeated him 7-3 in a one-sided match to get his name written on the gold medal. With this silver of Anshu, this was India's 21st medal in the Games. Six Gold, 8 Silver and 7 Bronze.

Now in wrestling, India's Divya Kakran will play the bronze medal match, while in the men's category, Deepak Punia (86 kg) will land on the mat to fight for the gold. Wherein, in Athletics Men's 4 x 400m Relay - India Final, Round 1 - Heat 2 in which India's Mohammad Anas Yahia, Noah Nirmal Tom, Mohd Ajmal Variathodi and Amoz Jacob were in the Indian team qualified for the final.