Heroin worth Rs 300 crore was seized from Jakhou, the Indian waters of the Arabian Sea, in a joint operation by Gujarat Anti-Terrorism Squad and Costcard. 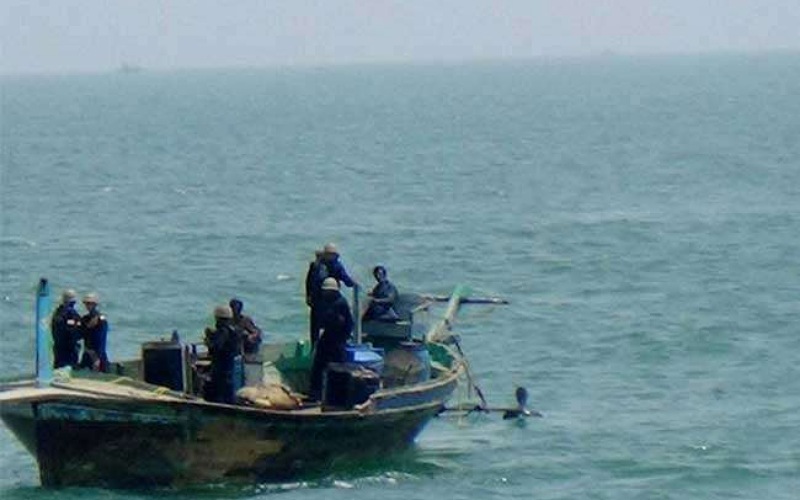 In a joint operation by the Gujarat Anti-Terrorism Squad and the Indian Coast Guard, a Pakistani boat, Al Haj, was surrounded and searched near Jakhow on the coast of Gujarat, in which about 56 kg of narcotic substances were caught. The drug is said to be heroin. The ATS has also nabbed nine Pakistani smugglers.

According to the Public Relations Officer of the Defense Department, the ATS and the Coast Guard together caught a Pakistani boat inside Indian waters in the Arabian Sea, in which nine people were on board. The ATS has also brought nine Pakistani smugglers with them.

Earlier, the Pakistan boat was caught by the BSF on the border in Punjab's Ferozepur district. A BSF official had said that the boat was caught on the International Border during patrolling. Consignments of medicines are transported using such boats. Taking advantage of the dense fog in winter, Pakistanis supply drugs.

Several Pakistani drones have also been caught in Punjab in recent times. Last month, a joint operation was conducted by the Indian Coast Guard and Gujarat ATS and a Pakistani boat was intercepted in Indian waters.

77 kg of heroin was recovered from him. Its value in the international market is estimated to be around Rs 400 crore. During this, 6 people have also been caught from Pakistani boat.