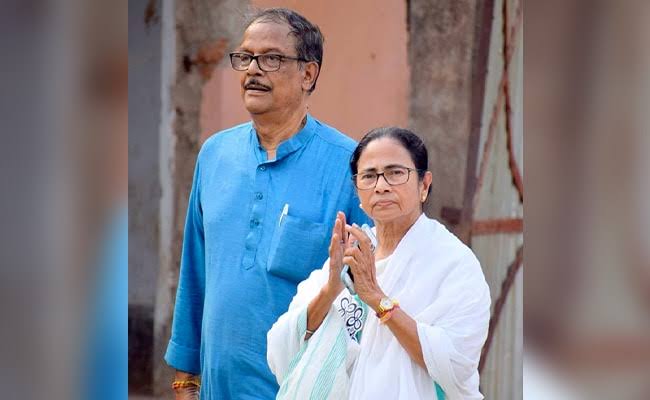 The Central Bureau of Investigation (CBI) raided the premises of West Bengal Law Minister Malay Ghatak in connection with the alleged smuggling of coal from the mines of 'Eastern Coalfields Limited' in Asansol. Officials gave this information on Wednesday. The CBI officials raided three houses of Ghatak in Asansol in West Vardhman district and two houses in Kolkata, he said. During this, a large contingent of paramilitary force was present. The CBI is also raiding the residence of a person close to Ghatak at Alipore in Kolkata and a house in Diamond Harbor in South 24 Parganas. While a CBI team questioned the minister, another team raided his residence in Lake Garden.

A CBI official told PTI, "His name cropped up in the coal smuggling case, we need to know what was his role in that? We have enough evidence of Ghatak's involvement in the scam." He said, "The minister is present at his official residence. We are interrogating them and trying to find out answers to some important questions.” He said that the CBI officials took the mobile phones of the minister's family members and made everyone sit together in a room at their house in Asansol. According to the official, if the CBI officials are unable to find the keys of the shelves in search of documents related to the scam, they are opening the cabinets by breaking the locks.

During the raid, the Central forces personnel surrounded their houses from all sides. Ghatak is an MLA from Asansol North and had once appeared before the Enforcement Directorate in Delhi in the coal smuggling case. After this, despite being summoned several times by the ED, he did not appear. The CBI had registered an FIR in November 2020 against Anoop Manjhi alias Lala, ECL general manager Amit Kumar Dhar and Jayesh Chandra Rai, ECL security chief Tanmay Das, Kunustoria area security inspector Dhananjay Rai and Kajor area security in-charge Debashish Mukherjee.