CM Yogi Warns Miscreants: Says Police Would Have Piled Up Molesters And Eve-Teasers Before They Took Their Next Turn

Recently, Yogi Adityanath became the first CM of UP to be invited to World Economic Forum to be held in Davos next month to represent Uttar Pradesh. 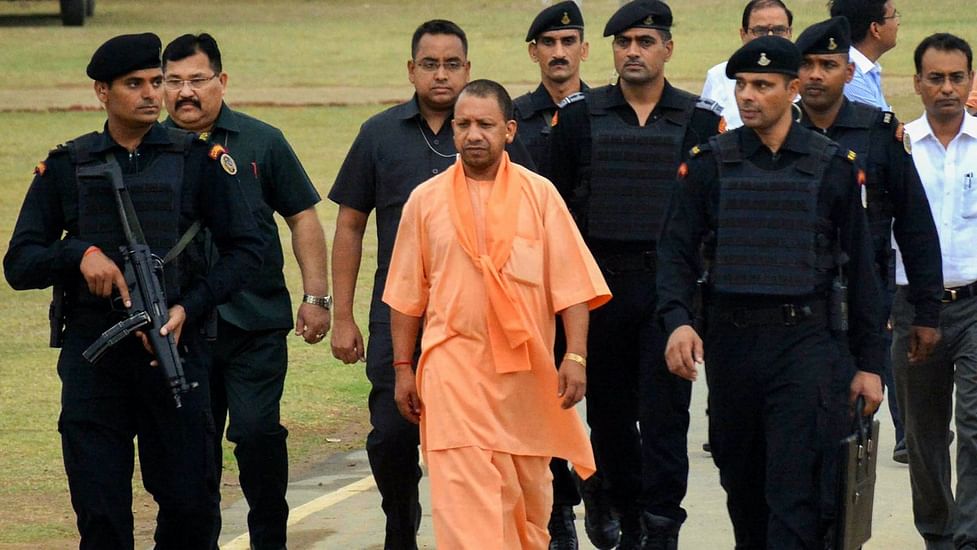 Uttar Pradesh CM Yogi Adityanath reached Kanpur on Friday. Addressing the Prabuddhajan Sammelan at VSSD College Ground here, he gave an open warning to the miscreants saying, "Now a criminal who first teases sister-daughter at one intersection, dares to commit robbery at another intersection, will not be able to do so now because the CCTV camera will capture each and every activity."

"Once upon a time, Kanpur used to be known as Manchester of UP. But between 1970-80 Kanpur grabbed eyeballs of wrong people and Kanpur became epicentre of anarchy and law & order situation", he said as he laid foundation stone for Kanpur development projects

Yogi Adityanath recently became the first CM of UP to be invited to the World Economic Forum to be held in Davos next month to represent Uttar Pradesh.