CM Nitish held a meeting regarding the new variant of Corona, instructed the health department to remain alert 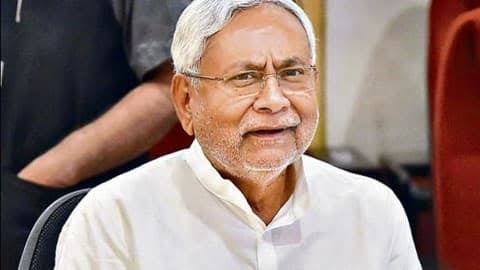 Chief Minister Nitish Kumar held a high-level meeting in this regard on Saturday at the Sankalp Room located at the Chief Minister's residence amid reports of Corona's alarm. In this meeting, the Chief Minister asked the Health Department to remain alert and instructed to conduct random tests on those coming from outside.

The Chief Minister said that the state government has been serious and sensitive about Corona from the very beginning. There is not a single active case of Corona in the state till date. People should be alert and aware. Even when Corona was weak, we never showed laxity. In Bihar, corona tests and vaccinations have been done continuously. In the entire country, 6.59 lakh tests have been done on a population of 10 lakhs, while in Bihar this figure is 8.20 lakhs. Today, about 50 per cent of the corona tests done in the entire country are in Bihar alone.

The Chief Minister said that in view of the new variant of Corona, there is a possibility of corona coming again. But there is no need to panic. So far 15.71 crore vaccinations have been done in Bihar. The Chief Minister directed the officers present in the meeting to start random checking of those coming from outside. Also increase the number of corona tests and vaccinations. Keep the oxygen plant fully functional. Sanjay Kumar Singh, Executive Director of the State Health Committee, informed about the status of Corona on the occasion. Also told about vaccination. Principal Secretary to Chief Minister Deepak Kumar, Secretary Anupam Kumar and senior officials of Health Department were present on the occasion.