Cloud bursts in Kullu, floods in many places in Himachal

Malana and Manikarn in Kullu district have lost contact with the rest of the state after the cloudburst and rescue operations are on. Officials said that six people are missing in the district. 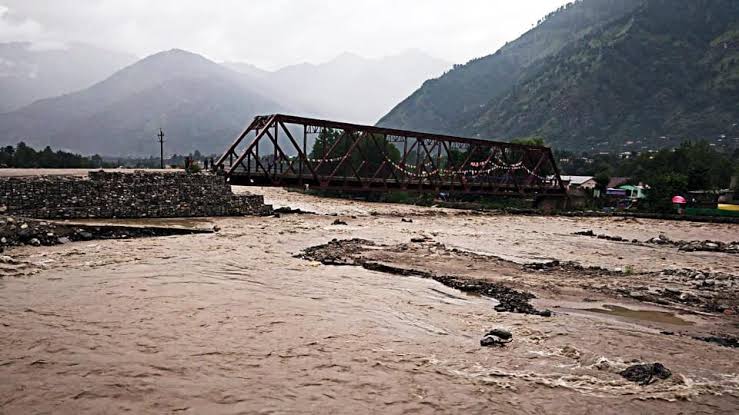 Heavy rain is wreaking havoc in Himachal Pradesh. A woman died in a landslide in Shimla. In fact, many people went missing in Himachal Pradesh this morning due to cloudburst and flash floods. It has been raining incessantly in the state since Thursday night.

A woman was killed, while two others including a man and a woman were injured in a landslide near Dhalli tunnel in Shimla. Sources said that the victims are said to be migrant workers. They were sleeping in a tent on the side of the road when the incident happened. The injured have been taken to Indira Gandhi Medical College and Hospital for treatment. Some vehicles also came under the grip of the debris. Meanwhile, flash floods are reported from Kullu and Kinnaur districts.

Besides cattle, at least four people were washed away in Chojh village of Kullu. The rescue team is also stuck in the middle due to the landslide. At the same time, about 25-30 workers working in two power projects in Malana, who were trapped in a building damaged due to flash floods, have been evacuated. Meanwhile, a lot of water is being seen in all the water sources of Manikaran Valley. Officials of Larji, Pandoh and Bilaspur are on high alert.

It was raining in Kullu since night. In such a situation, the cloud burst in the Choj drain in the morning. The houses adjoining the drain have also suffered a lot due to cloudburst. At the same time, it is being told that some people have also been swept away in this. The only bridge leading to the village has also come under its grip, due to which now the administration will have to face a lot of problems even in rescue. SP Gurudev Sharma said that a cloudburst has been reported in the drain and now the police and administration team has been sent towards the spot. He has urged the people not to go to the banks of rivers and streams keeping in mind the rainy season.