The vile & satanic attack is a calculated assault on the peace-loving people of the Owo Kingdom who have enjoyed relative peace over the years, said Arakunrin Akeredolu, Governor of Ondo State. 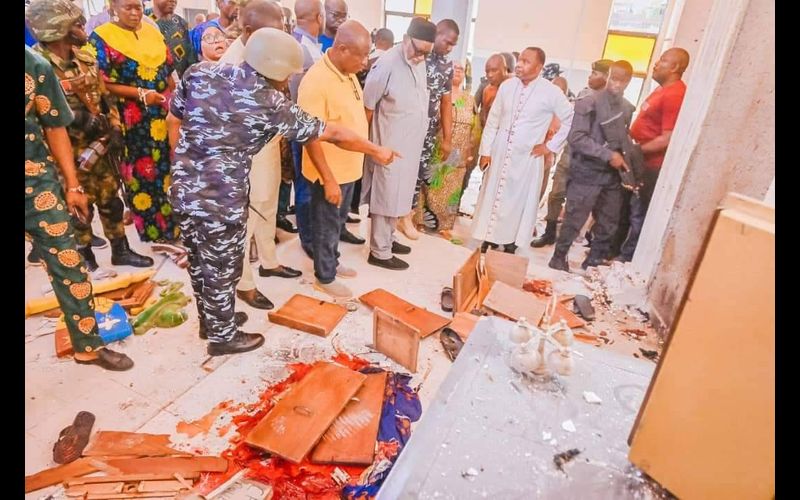 Though the official numbers are not confirmed yet, a local doctor has mentioned that this gun violence took over fifty lives, including women and children. President Muhammadu Buhari condemned the heinous killing of worshippers. He further added, “only fiends from the nether region" could have done this "dastardly act". Ondo State Governor, Arakunrin Oluwarotimi Akeredolu, SAN described the terror attack on innocent worshipers at St Francis Catholic Church, Owa-Iowa Street, Owo, as a massacre and horrific. He quoted, “What has happened here today is tragic. No better way to qualify it. It is the most tragic event! Horrific! What we have seen in America is a child's play to what has happened here.”

The governor of the state took to his Twitter and wrote, "In honor of the victims of the unfortunate attack on worshippers at St. Francis Catholic Church, Owa-Iuwa Street, Owo, I hereby direct that all flags in Ondo State be flown at half-mast for seven days, starting from today, Monday, June 6, to Sunday, June 12, 2022.

Pope Francis prayed for the victims of an attack on a Nigerian church. Nigeria has witnessed an exponential increase in violence in the past few months. Kidnappings and violence are being reported from across the country.