The Chirag Paswan-led party is facing another crisis after winning a single seat in the Bihar assembly elections and more than 200 Lok Janshakti Party (LJP) officials defecting to JDU. 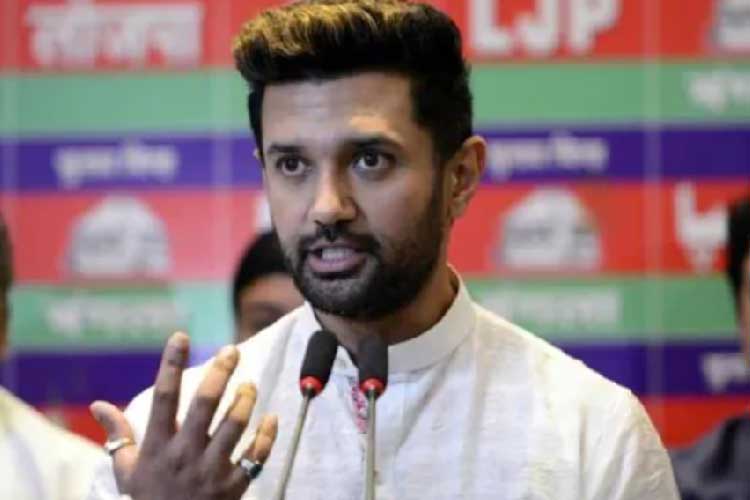 Pashupati Kumar Paras, the head of the Lok Janshakti Party (LJP), announced on Monday that five of the party's six Lok Sabha MPs have joined hands to elect him as the party's new leader instead of Chirag Paswan. He further stated that the group of MPs had informed the Lok Sabha Speaker of their choice.

Chirag Paswan traveled to his uncle's house for talks a short time ago, but waited in his car, adding to the mounting drama in Delhi. Mr. Paras didn't even come out to greet him.

According to LJP sources, Chirag offered to resign as national President of the LJP to prevent the party from disintegration, but the party should not be divided. While Chirag wants his mother, Reena Paswan, to take over as party chief in his place, the side lead by Paras is against it.

The move is being hailed as a watershed moment in Bihar politics. At the moment, the LJP is a member of the National Democratic Alliance (NDA) in the Centre.

Former state general secretary Keshav Singh, who had been in mutiny against Chirag Paswan and had been predicting the party's demise for some time, was the most renowned of the turncoats.

After joining the JD(U), Keshav Singh slammed LJP head Chirag Paswan, stating that after his father Ram Vilas Paswan died, he was operating the party like a corporation.

“Chirag has eight private corporations with properties both in the United States and abroad. Shortly, I'll reveal how Chirag invested money acquired through corruption in his enterprises in an attempt to turn his black money white," Keshav Singh added.